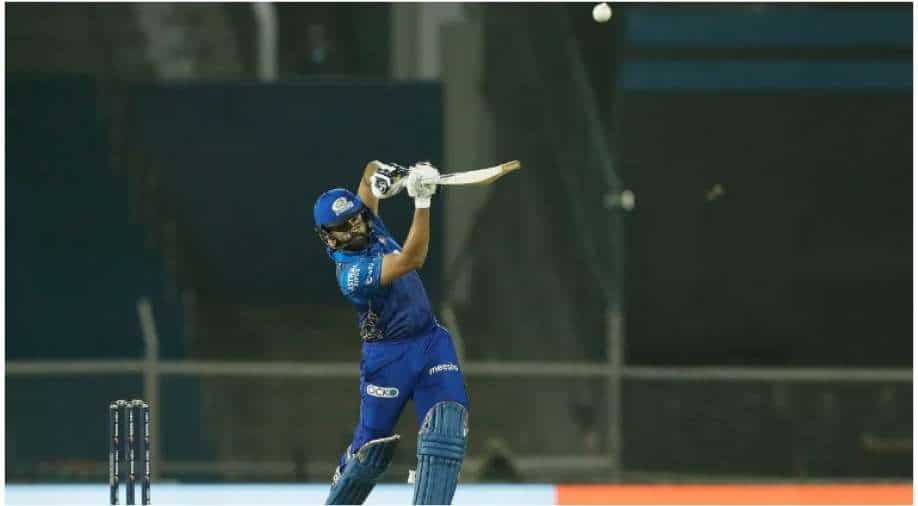 Rohit Sharma-led Mumbai Indians (MI), who are languishing at the bottom of the IPL 2022 points table, have locked horns with table-toppers Hardik Pandya-led Gujarat Titans (GT) in match 51 of the 15th season, on Friday evening (May 06).

Being asked to bat first, at the high-scoring Brabourne Stadium, Mumbai, Rohit & Co. posted a healthy 177-6 riding on skipper's 43, Ishan Kishan's 45 and Tim David's 21-ball 44 not out. The foundation was set for a big score courtesy of openers Rohit, in particular, and Ishan's confident start. While MI fell short by 15-20 runs to post a total near, or, in excess of 200, Rohit slammed his 200th six in MI jersey (236* sixes in IPL post the GT knock).

With this, Rohit joined an elite list of big-hitters to have slammed 200-plus sixes for a single franchise.

200-plus sixes for an IPL team (including Champions League T20)

Talking about the MI-GT clash, Mumbai were 74 for no loss within 8 overs but struggled to reach 177-6 eventually. Rashid Khan starred with the ball for Gujarat, returning with 2 for 24, as the five-time winners' MI franchise need to fight hard to defend 178 and earn another win in the season on Friday evening.