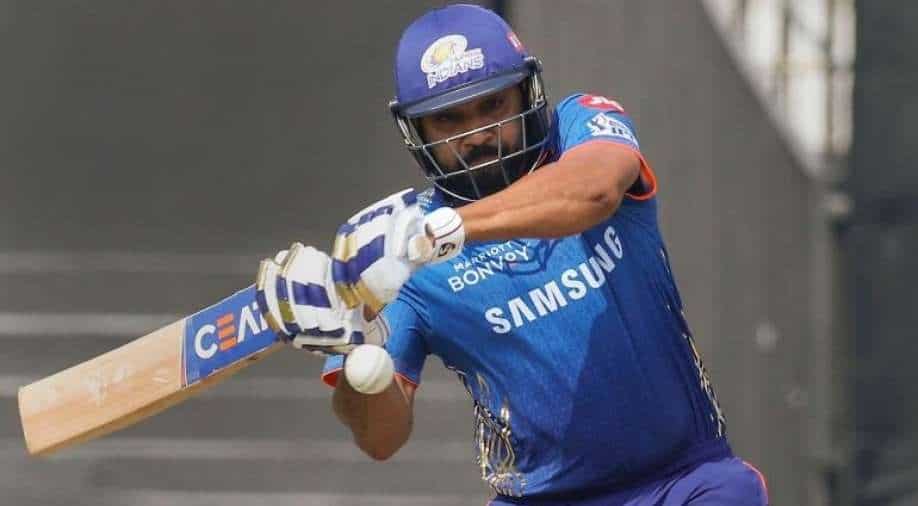 This is a file photo of Rohit Sharma captain of Mumbai Indians. (Sportzpics for IPL/PTI Photo). Photograph:( PTI )

While commenting on the released players, Mumbai Indians skipper said that they have done some amazing work for the franchise and created a lot of memories. To let them go was tough

Commenting on the retention scenario, the skipper said, "As you all know, it was going to be the toughest retention for Mumbai Indians this year. We have had solid players, absolutely gun players in our squad and to release them is absolutely heart-breaking."

Rohit added, "They have done some amazing work for this franchise, created a lot of memories. So, to let them go was really tough."

"Four players including myself – hopefully, we can form a good core and create a solid team around us. The immediate goal is to form a solid team and that will start at the auction. We’ll keep an eye on who we can get in the auction, find the right spot for the right players," said Sharma.

"So yeah, our scouts are doing a fantastic job, watching talents in and outside India. I have faith and belief in them. They have done an amazing job over the years finishing talent. Hopefully, we can find some players that can form a good core," Rohit Sharma further added.

Comment below and let us know what do you make of it❓#VIVOIPLRetention pic.twitter.com/rzAx6Myw3B