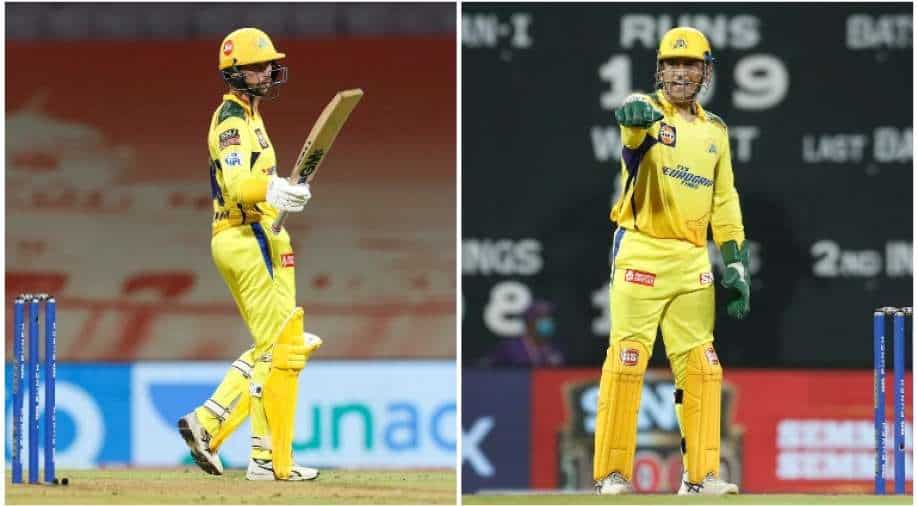 On Sunday evening (May 09), the MS Dhoni-led Chennai Super Kings (CSK) locked horns with the Rishabh Pant's Delhi Capitals (DC) in match 55 of IPL 2022, at the Dr. DY Patil Stadium, Mumbai. In what was a crucial game for both sides in a bid to stay alive in the playoffs race, Dhoni & Co. demolished DC by 91 runs courtesy of Devon Conway's 87, the captain's finishing touch with the bat and Moeen Ali's 3 for 13.

Conway, who was playing only his fourth game of the season, continued his merry run ever since he was included back into the playing XI after Dhoni's reappointment as the skipper. The left-hander timed his innings beautifully and stitched an impressive 110-run opening stand with Ruturaj Gaikwad (41). Conway, however, continued from his end to return with a 49-ball 87, laced with seven fours and five sixes at 177.55.

While his timing was immaculate, Conway stepped out of the crease on several occasions, against the spinners, and launched some big hits. Post his match-winning knock, the New Zealand opener credited Dhoni for his useful batting advice. "I have got to give credit to MS tonight," Conway told Star Sports. "In the last game (versus Royal Challengers Bangalore) I swept quite a lot, and I unfortunately got out playing the sweep. And he said to me, 'I think the guys are going to try to bowl fuller to you tonight. So maybe come out and try to hit them straight.' So he sort of gave me the guidelines to try to execute that. That's what I tried to do," he added.

With a big win, CSK remain alive in the playoffs race but have a very slim chance of finishing in the top-four. DC, on the other hand, are also in contention but saw their NRR being hit hard following a forgettable outing versus the four-time winners and defending champions.