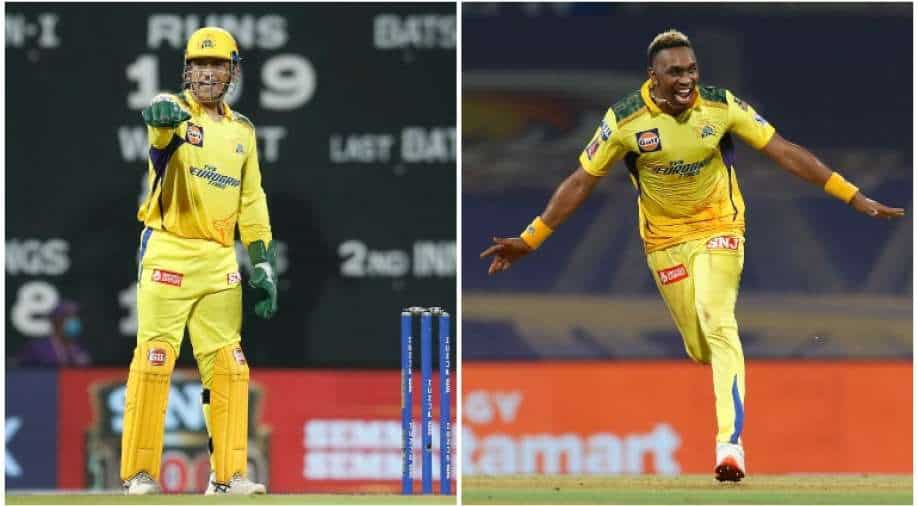 MS Dhoni hilariously trolled Dwayne Bravo for his fielding effort during the CSK-DC clash in match 55 of the IPL 2022 edition.

Being asked to bat first, CSK rode on Devon Conway's 87, Ruturaj Gaikwad's 41, Shivam Dube's 32 and Dhoni's 8-ball 21* to post 208-6. In reply, Delhi slipped from 72-2 to 99-8 as they were dismissed for 117 in 17.4 overs. During the 17th over of the run-chase, when CSK were firmly in control and on the brink of a big win, tail-ender Anrich Nortje hit a delivery off Maheesh Theeshana, which went towards the cover, with all-rounder Dwayne Bravo stationed there.

As Bravo made a decent effort to dive and stop the ball, skipper Dhoni -- a very close friend of Bravo -- made a hilarious remark which was caught on the stump mic. Dhoni appreciated Bravo's effort and said, "Well done old man."

Talking about Bravo's effort in CSK's huge victory over Pant & Co., the all-rounder was 1 not out and returned with 2 for 24. Courtesy of this performance, CSK remain alive in the playoffs race but have very slim chance of going ahead. They have three more games to go and have to win all of them at any cost.