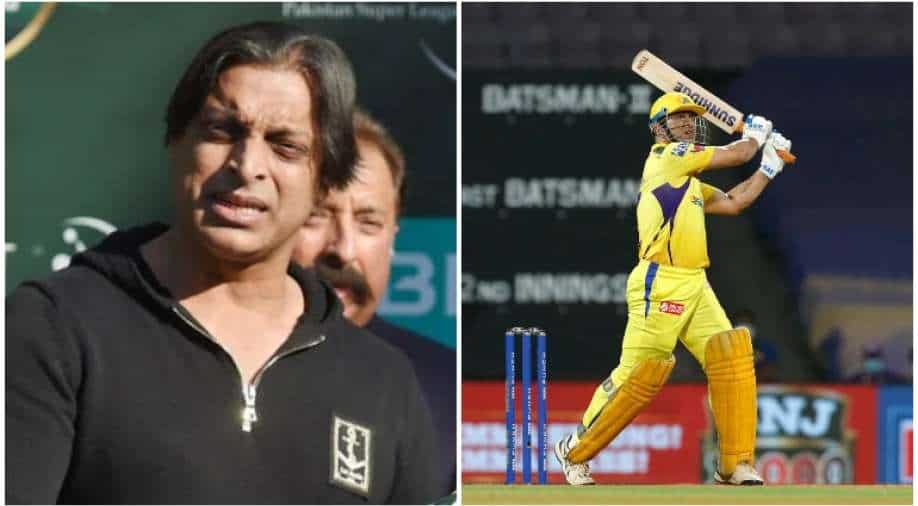 Rawalpindi Express Shoaib Akhtar opened up on MS Dhoni's IPL future and made a big statement. Here's what the former pacer said:

MS Dhoni-led Chennai Super Kings (CSK) beat Delhi Capitals (DC) by a whopping 91-run margin in match 55 of IPL 2022 edition, on Sunday evening (May 08), at the DY Patil Stadium, Mumbai. With this big victory, the four-time winners and defending champions Chennai remain alive in the playoffs race, however, they have a very slim chance of moving forward.

While Dhoni had relinquished CSK captaincy at the beginning of the season, handing it to all-rounder Ravindra Jadjea, he was requested to lead again after the latter resigned following Yellow Army's eight encounters this season. Recently, the 40-year-old Dhoni was asked about his IPL future by Danny Morrison. To this, he dodged the question by saying, "You will definitely see me in the yellow jersey. Whether it is this yellow jersey or some other yellow jersey, you will have to wait and watch."

Thus, Dhoni continues to keep mum on his IPL future. While many had thought this would be his last season after he gave up captaincy, now people remain perplexed and clueless regarding the superstar cricketer's IPL future.

In this regard, Rawalpindi Express Shoaib Akhtar told Sportskeeda, "He is MS Dhoni. Can’t really predict what he does. He can do any odd stuff. He is known for doing that. He’s a great guy. We all love him and respect him. Personally, though, I reckon he will play another season before he calls it a day. Or again, he might be part of the management."

Akhtar also added that franchises need to now have an eye on the future which comprise of many players on the last lap of their respective careers. "Franchises need to start looking beyond players like Dhoni and Kohli. Of course, there is the star factor and emotional bonding with the two big names. But this is a cruel world. Teams need to look ahead and explore options," he added.

At present, CSK are languishing at the eighth position in the points table following their big win over Delhi. They need to win all their remaining wins and also hope for few other results to go their way in order to enter the top-four.