IPL 2019: My workload is all about managing my bowling, says Kedar Jadhav 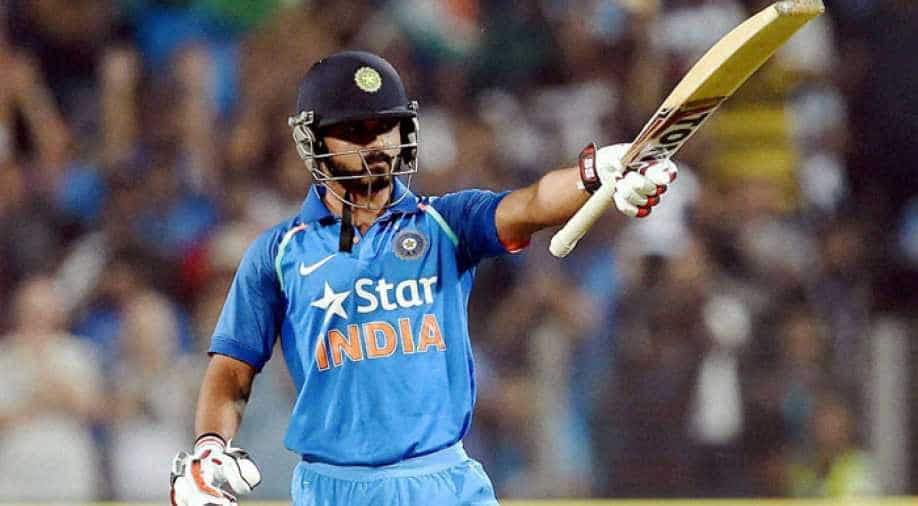 Jadhav, who plays for Chennai, said it was up to individuals to handle the situation and the players need to work in tandem with the Indian team's trainers and physios as well as that of IPL franchises.

India all-rounder Kedar Jadhav Wednesday said he will have to manage his bowling to remain fit during the two-month long Indian Premier League, amid concerns around players' workload ahead of the upcoming World Cup.

"My workload, I think, is about managing my bowling. In Chennai Super Kings, I don't think I need to bowl as much as I do in the Indian team," said Jadhav, who is expected to share the responsibility of the fifth bowler during the World Cup starting May 30.

"We all are professional cricketers and we know how to manage our bodies. How you recover after every IPL game really matters during this two-month period. You can't just improve in one training session."

Jadhav said it was up to individuals to handle the situation and the players need to work in tandem with the Indian team's trainers and physios as well as that of IPL franchises.

"Obviously, its up to the individuals and we are smart enough to handle the situation. We will work in tandem with trainers and physios of Indian team as well as the franchisees," he said.

"We have got some notes (from the Indian trainers and physios) and we have to follow them."

Jadhav, who was ruled out of last year's IPL after the opening match owing to a hamstring injury, said it is every cricketer's dream to play in a World Cup, but for now his focus will be on giving his best for the Chennai outfit.

"Basically every cricketer who plays for India it's a dream for him to feature in a World Cup team, and I'm no different to that," Jadhav said.

"As of now, my focus in the next two months will be on CSK. I hope to win it this year and I'm looking forward to all those two months with a fit body and contribute to the best of my abilities.
"I love the environment and the culture here. Last year also I was here for only a week or 10 days but I watched all the games when I was in Melbourne for surgery. But I missed so many people and the whole journey when we lifted the Cup last year," he added.