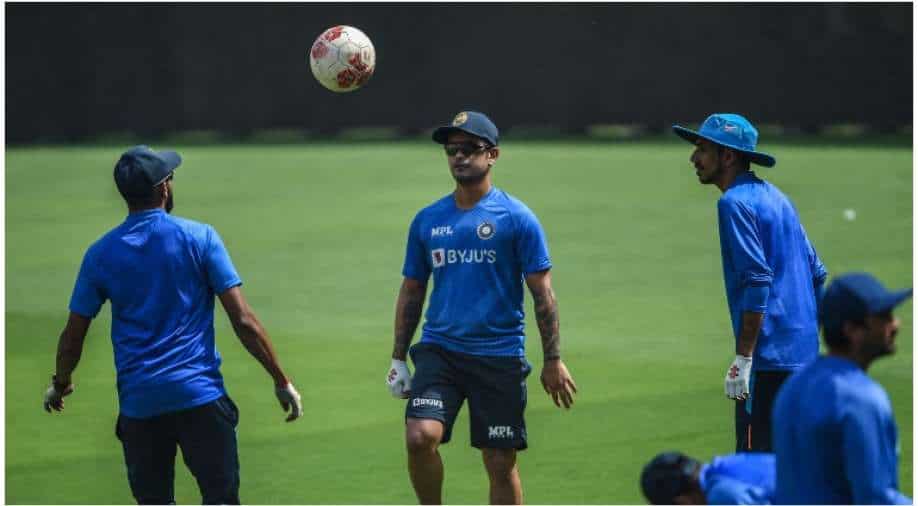 Rohit Sharma-led Team India dropped Ishan Kishan for the second and penultimate ODI versus West Indies, at the Narendra Modi Cricket Stadium, Ahmedabad, on Wednesday (February 8). Ishan, who played the series opener and made 28, made way for KL Rahul as the vice-captain returned to the squad after missing the first ODI.

With Ishan missing out, India promoted Rishabh Pant up the order -- in a bid to maintain the left-right-hand combination and also retain Rahul at No. 5. With Pant opening the innings along with skipper Rohit, veteran wicketkeeper-batter Dinesh Karthik has heaped praise on Ishan. Despite the competition being intense for the opening slot, with another contender in Pant coming into the scheme of things, Karthik feels Ishan can still make a mark due to his 'tremendous skills'.

ALSO READ | This is an experiment, make no mistake: Sunil Gavaskar reacts as Rishabh Pant opens in 2nd ODI

"Ishan by now would know that among all the available spots, the one that has the most competition is the opening. There are way too many openers and just two spots. He's going to be aware of that... but the good thing for Ishan is that he's not just a keeper. He's a good fielder as well. You double up as an option on the field. They are going to look at him as a pure opener like they did in the first game against West Indies," said Karthik in the pre-match show on Cricbuzz.

"He's got tremendous skills... he can attack from ball one. That's a skill every player doesn't possess. In the new age, players try and attack a lot from ball one. Teams that have succeeded in doing that consistently have done very well in multi-nation tournaments. So Ishan definitely has a good chance to come into the scheme of things," he further said.

India also went ahead with Pant as Shikhar Dhawan remains unavailable for selection despite recovering from Covid-19 virus. It is expected that Dhawan will return to the line-up in the series decider, on February 11, and also reclaim his opening slot along with Rohit.