'He’s entertaining but...' - Brad Hogg opines on Pant, advises Dravid to not have a word with him 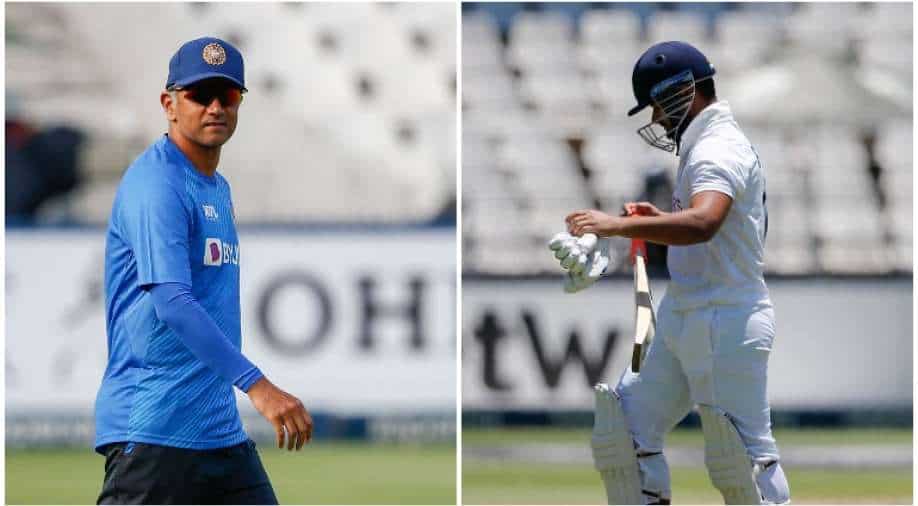 Hogg opines on Pant, advises Dravid to not have a word with him Photograph:( AFP )

Rishabh Pant has improved to a large extend, both as batter and keeper, but the swashbuckling left-hander hasn't been at his best with the willow in hand during the ongoing India-South Africa Tests, in the rainbow nation. The left-hander has had scores of 8, 34, 17, 0 and 27 in the first innings of the series decider, at Newlands, Cape Town.

While Pant looked good in the opening day of the third and final Test, on Tuesday (January 11), the left-hander returned for 27 after stitching a vital 51-run stand for the fifth-wicket with skipper Virat Kohli (79). Nonetheless, the 24y-year-old Pant continues to receive a lot of flak for his poor shot selection in India's second essay of the second and penultimate Test, in Johannesburg.

Speaking on his YouTube channel, former Australia spin wizard Brad Hogg has praised Pant but also advised head coach Rahul Dravid from not having a word with the youngster. Hogg feels Pant's miseries are more of a mental thing and said, "He’s entertaining but very frustrating to watch - either making a big score or having a brain fade and getting out early which he did in the Johannesburg Test when the team really needed him to lift. Now, we know that he has a reasonable technique… he can play under pressure. He did it in Australia at the Gabba. But in South Africa, he was put under the pump. He walked out of the crease, which tells you that he is a little bit twitchy. He was receiving a few verbals, you could see there was a bit of eagerness. It wasn’t the Rishabh Pant that we know."

"Rahul Dravid has come out and said that he’s going to have a word about shot selection with him. I don’t think he needs to do that - technique or tactics. Stay away from that because we know he’s got the goods to deliver. It’s more psychological. Was he in a positive or a negative frame of mind. Did the verbals get to him? Those are the things you should be looking at. When he’s on song, I guarantee you that he’s in a different state of mind. This innings he was in a negative state of mind," the 50-year old further added.

Pant will be eager to silence his critics in India's second innings during the Cape Town Test. On Day 1 of the series decider, India opted to bat first and only managed 223. They, however, have accounted for some quick wickets in SA's first innings as the match is interestingly poised on Day 2.