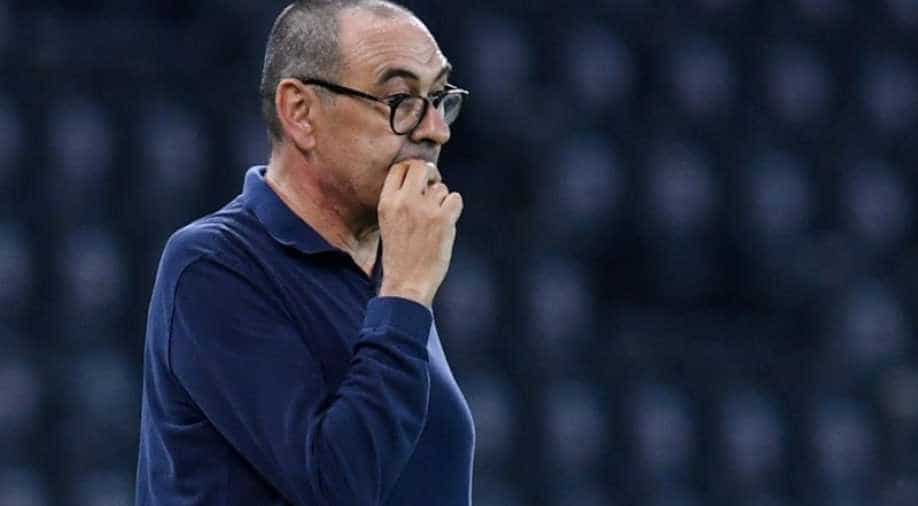 The capital club have been in talks with the former Juventus and Chelsea manager for more than a week as they looked for a successor to Simone Inzaghi, who joined Inter Milan last week.

Lazio all but confirmed the appointment of Maurizio Sarri as their new head coach on Wednesday by posting a cigarette emoji on social media.

The Serie A club's post was a reference to the chain-smoking manager, and numerous Italian media reports say the 62-year-old has signed a two-year deal in Rome.

The capital club have been in talks with the former Juventus and Chelsea manager for more than a week as they looked for a successor to Simone Inzaghi, who joined Inter Milan last week.

Sarri has been without a club since he was sacked by Juventus in August 2020, despite winning the Serie A title.

Lazio, who finished sixth in Serie A in 2020-21, were on the hunt for a big-name replacement for long-serving boss Inzaghi, who was in charge at the Stadio Olimpico since April 2016.

Sarri, a former banker, spent more than 20 years coaching in Italy's lower leagues before making his name at Napoli between 2015 and 2018.

There, he built a side that played flowing, attacking football and pushed Juventus very close for the Serie A title in 2017-18, finishing second with 91 points.

The 62-year-old's work in Naples earned him a move to Chelsea in July 2018, where he won the Europa League title and led the London club to third place in the Premier League, but he left for Juve after one season in charge.

In Turin, Sarri led Juventus to a ninth consecutive league title but lost in the Coppa Italia final to former club Napoli, and he was sacked following a Champions League Last-16 elimination at the hands of Olympique Lyonnais.