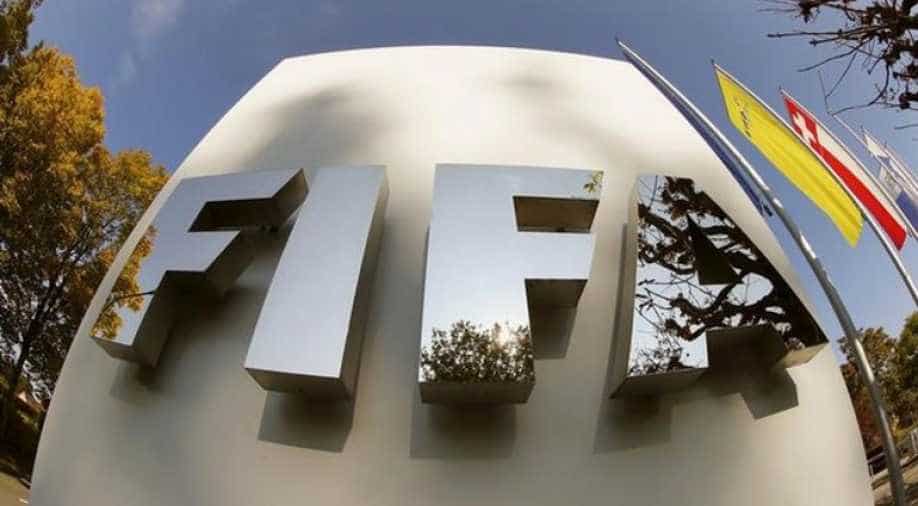 FIFA's logo is seen at its headquarters in Zurich, Switzerland. Photograph:( Reuters )

FIFA lifted its three-decade ban on Iraq hosting international football on Friday with the cities of Arbil, Basra and Karbala given the go-ahead to stage official matches.

"We are allowing international matches to be staged in the cities of Arbil, Basra and Karbala," FIFA president Gianni Infantino told reporters after a meeting of the FIFA Council in Bogota.

The three cities had been allowed to organise friendlies in the last year provided the security situation was "stable".

Iraq will host Qatar and Syria for a friendly tournament starting on March 21 in Basra.

"FIFA has given the green light for the resumption but the organisers of the championship must take the final decision," added Infantino.

FIFA added that it cannot "yet" agree to a request from the Iraqi authorities to organise matches in the capital of Baghdad, but Infantino promised that the city's application would continue to be studied.

For years, Iraq has been busily building stadiums and pressurising stars and the sport's governing bodies to help them return to the international fold.

Friday's decision followed an international friendly between Iraq and Saudi Arabia in Basra on February 28, their first on Iraqi soil in 40 years.

It was watched by Asian Football Confederation head Salman bin Ibrahim Al-Khalifa who said "the time had come" to end the three-decade ban.

Iraq has not played full internationals on home turf since its 1990 invasion of Kuwait.

The ban, covering all but domestic matches, stayed in place after the US-led invasion of 2003 toppled dictator Saddam Hussein.

It was briefly lifted in 2012, but a power outage during an Iraq-Jordan match in the Iraqi Kurdish capital Arbil led FIFA to promptly reinstate it.