Don't like this side of Jasprit Bumrah: Manjrekar reacts to Indian speedster's heated exchange with Jansen 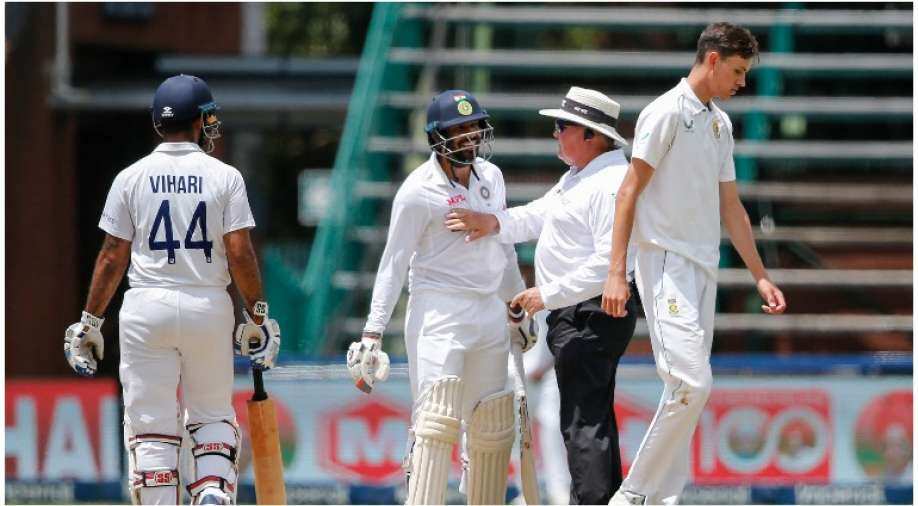 Jasprit Bumrah and Marco Jansen were involved in a heated exchange on Day 3 of the second Test in Johannesburg. Thus, former cricketer Sanjay Manjrekar has opened up on the whole incident:

Former Indian cricketer-turned-commentator Sanjay Manjrekar opened up on Jasprit Bumrah's heated exchange with Marco Jansen during Day 3 of the second and penultimate Test between both sides, at The Wanderers, Johannesburg.

On Wednesday (January 5), Bumrah came out to bat in India's second essay and was greeted with a barrage of short balls by Jansen, SA's fast-bowling all-rounder. While Bumrah tried to connect, he failed to do so on his first attempt and dusted his shoulder after the ball hit him. The short-ball ploy continued from Jansen as Bumrah failed to connect but amid all this, the two gave each other a stare, exchanged some words and stormed in the middle of the pitch as the altercation seemed to have turned ugly for a bit.

Former Indian cricketer-turned-commentator Sanjay Manjrekar has now commented on the entire episode while speaking on ESPNCricinfo.

He said, "This anger thing is interesting. It happened in England as well. I don’t like this side of Bumrah. It’s a side of Bumrah I don’t want to see too much of. I like it when things get really hot, he has a smile on his face, like he usually does."

To the surprise of many, Bumrah hasn't had much success in terms of wickets in the second Test in J'burg. So far, the speedster has taken only one wicket in the match and will hope for more success as the KL Rahul-led visitors need 8 more wickets to win, defending 240, whereas the Proteas are just 122 runs away from victory. Hence, Manjrekar feels Bumrah has not got much purchase from the wicket as he should have and said, "There’s never a problem with Bumrah not having any control. He will always pitch the ball where he wants to. I am a little concerned that nothing much is happening after the ball is pitching where he wants to. I’d like to see the ball rear in, jagging back off the seam or leaving the right-hander."

“The amount of times Shardul Thakur beat the bat tells you that Bumrah is just not getting enough reaction from the pitch for some reason,” he pointed out.

Day 4 of the second Test, on Thursday (January 6), has seen a delayed start due to rain interruption and wet outfield. India will, however, hope for the 28-year-old speedster Bumrah to get back into full form and lead the side to a historic Test series win with regular breakthroughs in the remainder of the J'burg Test.