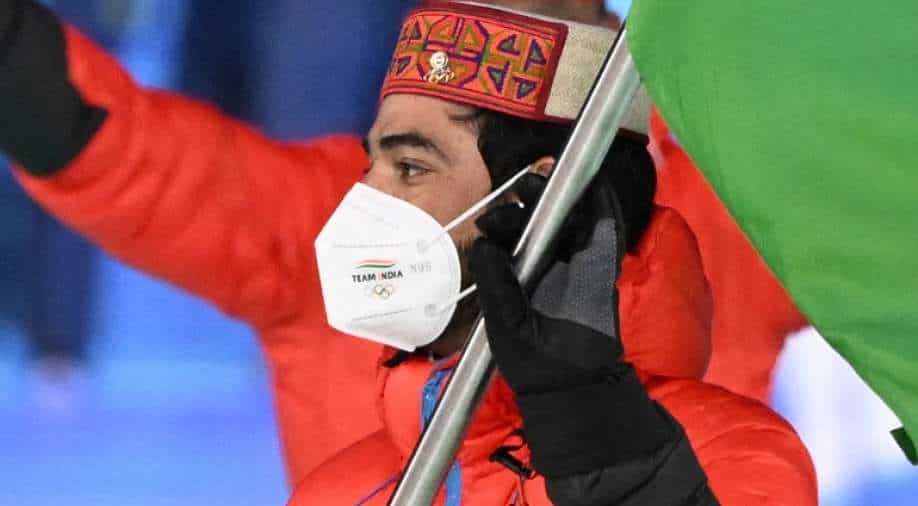 India's Arif Khan finished 45th out of 89 participants in the men's giant slalom event while Marco Odermatt claimed the gold medal with a combined time of 2:09.35 from the two runs.

India's Arif Khan on Sunday finished 45th out of 89 participants in the men's giant slalom event at the ongoing Beijing 2022 Winter Olympics.

With the 45th place finish at the Yanqing National Alpine Skiing Centre, Arif Khan now holds the record for the best finish by an Indian in men's giant slalom at the Winter Olympics.

Marco Odermatt claimed the gold medal in the men's giant slalom event with a combined time of 2:09.35 from the two runs.

Lara Gut-Behrami won the same discipline for Switzerland in the women's event on Friday with Beat Feuz also winning the men's downhill to give Switzerland three gold medals in Alpine skiing so far at Beijing 2022.

Holding his nerve after going into the second run just 0.04 seconds ahead of Stefan Brennsteiner of Austria, Odermatt roared in delight on seeing he'd won the Olympic title 0.19 seconds ahead of a still delighted Zan Kranjec.

ALSO READ: IOC urges give peace a chance after Ukrainian skeleton slider calls for 'no war in Ukraine'

The Slovenian claimed silver after a superb second run enabled him to climb onto the podium from eighth place after the first run to a silver medal in a time of 2:09.54.

Despite an error, France's Mathieu Faivre claimed the bronze medal in 2:10.69, rising an impressive 10 places after the first run.