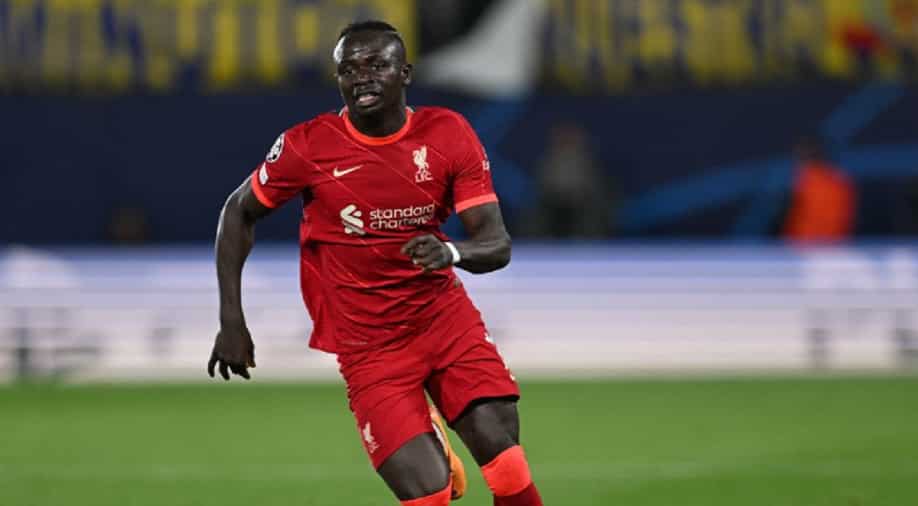 Sadio Mane is all set to join Bayern Munich from Liverpool this season. Photograph:( AFP )

Bayern Munich have reportedly agreed a deal to sign Senegalese forward Sadio Mane from Liverpool for a fee of around 35 million pounds.

Bayern Munich have agreed terms with Liverpool to sign Sadio Mane, British media reported on Friday.
German champions Bayern will pay a fee in the region of 35 million pounds ($42.71 million) for the signature of the 30-year-old Senegal forward, who had a year left on his Liverpool contract, Sky Sports and the BBC reported. He is expected to sign a three-year contract and will undergo a medical next week.

Mane will leave Anfield after 269 appearances, having scored 120 goals in all competitions, a stellar return that helped the club to the Champions League title in 2018-19 and the Premier League crown a season later.

He was among Liverpool`s stand-out performers last season, netting 23 times as Juergen Klopp`s side secured the domestic cup double and narrowly missed out on the league title to Manchester City.

Mane won six trophies in all following his 34 million pounds switch from Southampton in June 2016, forming a potent attacking trio with Mohamed Salah and Roberto Firmino.

Klopp last month hailed Mane as "world class" and likened him to a "machine" but the player, eager for a new challenge, reportedly declined a new contract.

Mane was Klopp`s first major signing after taking over as the German set about revitalising the club to take them back to the top after years of underwhelming results.

The Senegal international`s arrival proved to be transformative as his blend of pace, trickery and work off the ball guided Liverpool to Champions League qualification in his very first season.