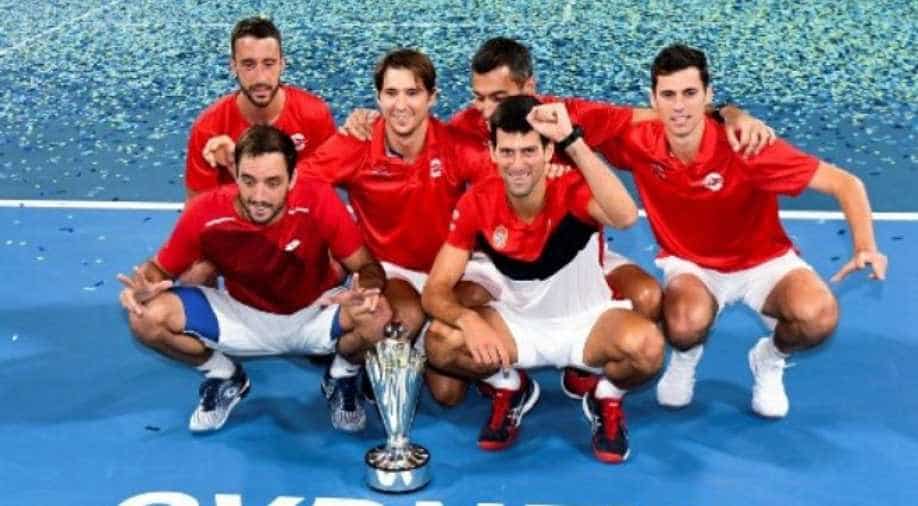 Djokovic's Serbia came from behind to defeat Nadal's Spain to lift the prestigious ATP cup in the Rosewell Arena, Sydney.

Roberto Bautista handed a straight-set defeat to Dusan Lajovic (7-5, 6-1) in the first match of the tie. Spain lead by 1-0 over Serbia.

Scores tied after Novak Djokovic returned the favour by defeating Rafael Nadal (6-2, 7-6) in the most anticipated match of the evening.

As a tie-breaker, the doubles team clashed with each other. Serbia's Djokovic and Victor Troicki faced Spain's Feliciano Lopez and Pablo Carreno-Busta. Team Serbia beat Team Spain in straight sets 6-3, 6-4 to win the cup.

Welcome to the HISTORY books!

Spain neared a knockout in the Quarters against Belgium when World number 7 David Goffin had defeated World number 1. But they avoided an upset when they won the tie-breaker doubles match.

24 countries took part in this competition that lasted 10 days. Fans across the three cities of Brisbane, Perth, and Sydney were entertained.

ATP had promised A$100 per ace in the tournament and a total of 1,322 aces were served in the cup. so a total of A$132,200 were donated to Tennis Australia’s Aces for Bushfire Relief initiative. Nick Kyrgios served most number (69) of aces in tournament.

After 32 aces were hit on Day 10, our grand total for the #ATPCup is 1,322. This means $132,200 was raised for @redcrossau.#Aces4BushfireRelief | #ATPCup pic.twitter.com/FMivFRWBUg

A big #ATPCup announcement! ❤️@atptour players have made a $725,000 donation to @WWF_Australia and Nature Recovery Fund as part of the bushfire relief efforts. pic.twitter.com/dkJGYLxyU6