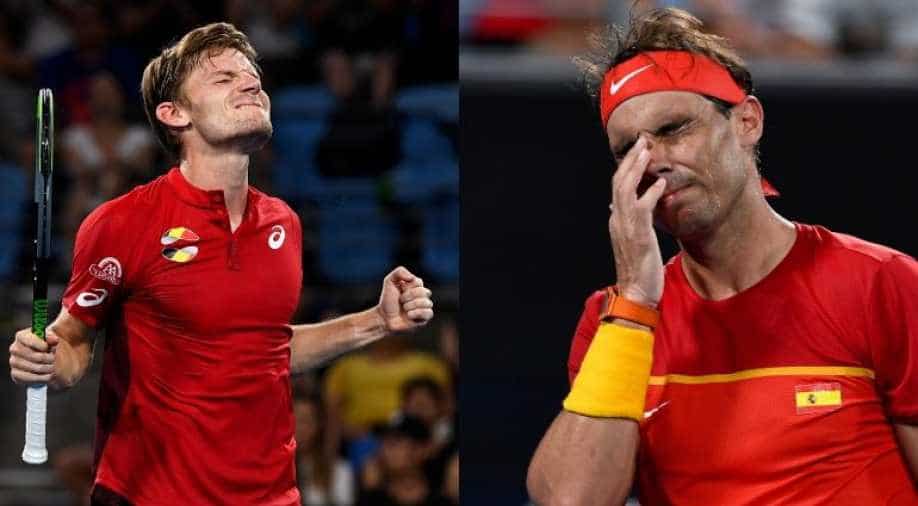 The tied score keeps Belgium's hopes alive for a semi-final berth for themselves.

Spain was looking forward to book a spot in the Semi-Finals with World No 1 (Rafael Nadal) going against World No 7 (David Goffin).

But Goffin had some other plans, he put up one of the most ruthless performances of his career to down the Spaniard 6-4 7-6 (7-3), picking up a point for Belgium and tieing it (1-1).

The tied score keeps Belgium's hopes alive for a semi-final berth for themselves.

David Goffin is Belgium's highest-ranked Tennis player, the underdog shocked the world with a major upset.

Now, the final doubles match will act as the Tie-breaker between Spain and Belgium. The Double's Match will take place between Belgium's Sander Gille, Joran Vliegen and Spain's Rafael Nadal, Pablo Carreno Gusta.

Earlier in the day, Serbia beat Canada 3-0 and made it to semi-finals.