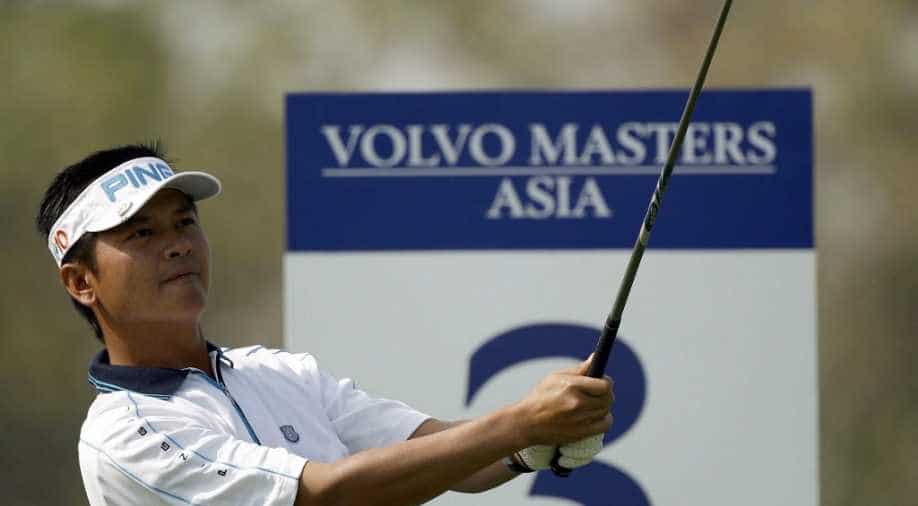 But the tournament was scrapped because of health and safety concerns and travel restrictions on players living outside Taiwan, the tour announced in a statement.

Golf's Taiwan Masters was cancelled Wednesday because of the coronavirus pandemic, casting doubt over the planned September resumption of the Asian Tour season.

The long-standing, $950,000 tournament was scheduled to tee off at the Taiwan Golf and Country Club from September 17-20, the same week as the rescheduled US Open at Winged Foot.

It was the second of three Asian Tour events announced last month to get the COVID-ravaged season back on track after a six-month suspension.

But the tournament was scrapped because of health and safety concerns and travel restrictions on players living outside Taiwan, the tour announced in a statement.

The Taiwan Masters is one of Asia's oldest continuously played professional golf events, having first been held in 1987, and has been an Asian Tour fixture since it was first sanctioned in 2004.

The Asian Tour, which has been suspended since American Trevor Simsby won the Malaysia Open on March 7, still hopes to return at the $1.181 million Shinhan Donghae Open from September 10-13 in South Korea followed by the $1.4 million Panasonic Open in Japan from September 24.

The last of golf's three leading men's circuits to announce a return to action, the Asian Tour is faced with a complex international schedule that involves players from more than 25 countries crossing borders for each tournament.

The US PGA Tour has already made a successful return, without spectators, and continues this week when Tiger Woods ends his own coronavirus sabbatical by starring at the Memorial Tournament in Ohio from Thursday.

The European Tour resumed in Austria last weekend with a low-key event shared with the second-tier Challenge Tour and will get fully back in the swing with six events in Britain from next week, beginning with the British Masters in Newcastle.

Australia's Wade Ormsby, who won the Hong Kong Open in January, leads the fledgling 2020 Asian Tour Order of Merit but only four tournaments have been completed.