US peace envoy for Afghanistan set to resume talks with Taliban: Sources 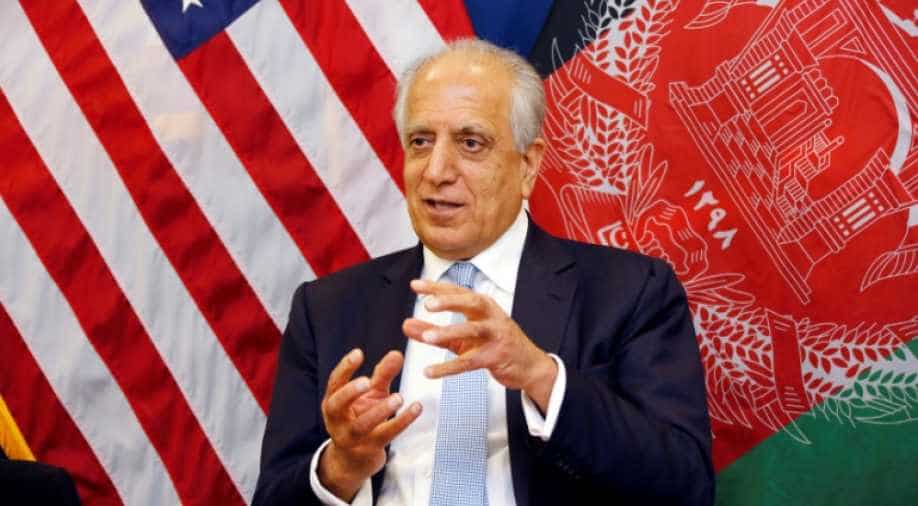 Khalilzad, an Afghan-born American diplomat, was appointed last year to negotiate a political settlement with the Taliban.

US special representative for peace in Afghanistan, Zalmay Khalilzad, will resume peace talks with the Taliban soon, sources with knowledge of the issue said on Wednesday.

Khalilzad who has, since late last year, held eight rounds of talks with the Taliban to end the 18-year war in Afghanistan, is scheduled to travel to Qatar's capital of Doha from Kabul, via Pakistan.

"I'm off to Doha, with a stop in Islamabad. In Doha, if the Taliban do their part, we will do ours, and conclude the agreement we have been working on," Khalilzad said on Twitter.

Khalilzad, an Afghan-born American diplomat, was appointed last year to negotiate a political settlement with the Taliban, who now control more territory than at any point since their ouster nearly 18 years ago.

Watch: US to reduce Afghanistan forces by 2020

He arrived in Kabul in July and held meetings with President Ashraf Ghani, top security officials, senior opposition leaders, diplomats, and civil society members to discuss the peace process before striking a deal with the Taliban.

"Wrapping up my most productive visit to Afghanistan since I took this job as Special Rep. The U.S. and Afghanistan have agreed on next steps," he said on Twitter, adding that a negotiating team and technical support group were being finalised.

Two sources with knowledge of the talks said they could conclude with an agreement on the withdrawal of foreign forces in exchange for security guarantees by the Taliban.

Taliban spokesman Zabihullah Mujahid said some senior members of its negotiating team were travelling to the Indonesian capital of Jakarta, and talks with U.S. officials would resume after they returned to Doha.

"I can't say when the talks with the United States will start," he said.

Senior Taliban leaders met clerics from Indonesia and Pakistan this week to discuss the peace process and the political situation in Afghanistan.