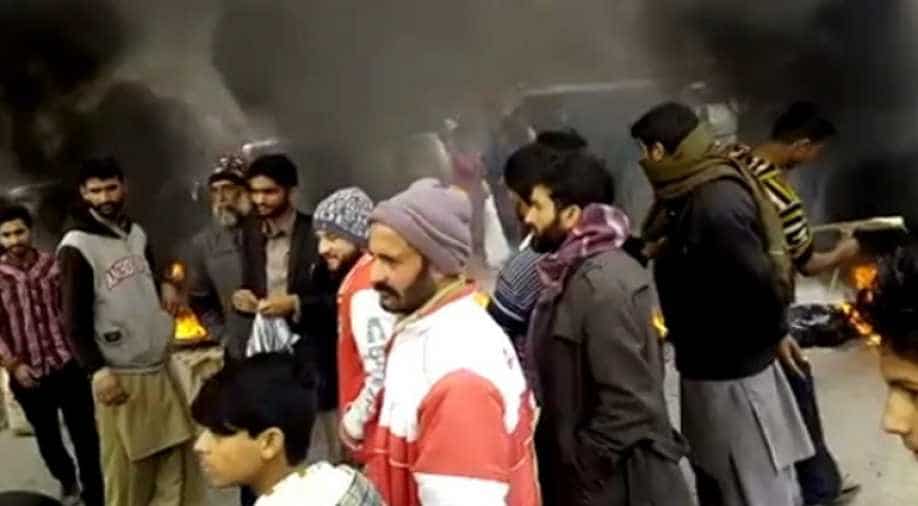 Traders in Pakistan occupied Kashmir (PoK)'s Muzaffarabad today staged protests to express their anger against load shedding and damage of transformers in the area.

The traders blocked the Neelum Valley road and burnt tyres, raising slogans against the Water and Power Development Authority and Prime Ministers of PoK and Pakistan.

The police tried to disperse the protesters forcibly, causing major tension in the area.

Local businessmen have been facing huge losses due to severe power cuts.

"We have requested the concerned authority, but they are not listening. Since the PML (N) government has come to power, our
problems increased manifold," a protester said.

The protest was called by the Anjuman Tajiran (trade union) in Muzaffarabad.

It is ironic that the hub of hydropower generation, PoK suffers long and persistent power outages, ranging from four to 12 hours.

The people of PoK blame Islamabad for exploitation of its resources and in return keeping the region in the dark.

PoK is estimated to produce roughly 1,500 MW electricity through hydropower but fails to get its total requirement of 400 MW.