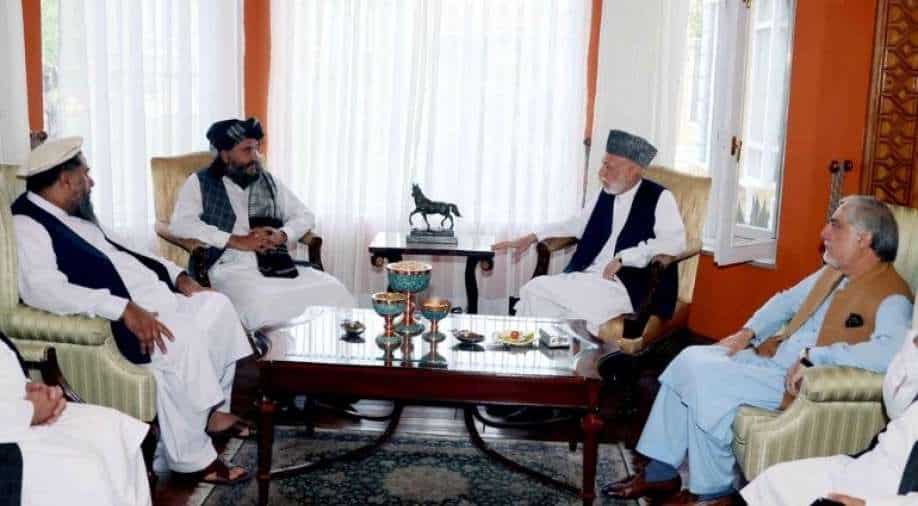 Abdullah Abdullah, the head of High Council for National Reconciliation (HCNR), in a Facebook post confirmed the meeting with the Taliban leaders, saying that the discussions were focused on the formation of an inclusive government

Taliban on Sunday announced that it will soon form a new government in Afghanistan, a week after it seized control of the state capital Kabul.

Taliban spokesperson Zabihullah Mujahid said the talks are on with Afghan political leaders and added that a new government will be announced in the near future, reports TOLO news.

“Our political officials met with leaders here in Kabul, their views are important, discussions are moving, InshaAllah, there is hope for an announcement on the government soon,” Mujahid was quoted as saying.

The announcement on the government formation comes even as thousands of Afghan locals try to flee the conflict-ridden state, fearing a harsher Islamic law, similar to the one imposed by the Taliban regime around two decades ago.

The situation has turned so worse that seven people were killed near the Kabul airport during the evacuation process.

Earlier on Saturday, members of the Taliban’s political office met with a number of politicians, including former president Hamid Karzai and Abdullah Abdullah, the head of High Council for National Reconciliation (HCNR), in Kabul to hold discussions on “the overall political situation” in the state.

Abdullah Abdullah in a Facebook post later confirmed the meeting with the Taliban leaders, saying that the discussions were focused on the formation of an inclusive government.

Also read | US to dispatch 18 commercial aircraft to lift US citizens, ‘vulnerable’ Afghans from Kabul

However, some Afghan political leaders criticized the way the discussions are being held.

“I don’t see this game as a good one because it looks like a game of individuals, everyone tries to promote himself and does not show respect for the Afghans,” Sayed Eshaq Gailani, the head of the Nahzat-e-Hambastagi Afghanistan party, said.

Meanwhile, Atta Mohammad Noor, the former governor of Balkh, said the next government will not be acceptable if it is not inclusive.

“The war has not ended, we have a long way to go, we will test them (the Taliban), we will emerge again ... either to resolve it through an inclusive government or war,” Noor said.