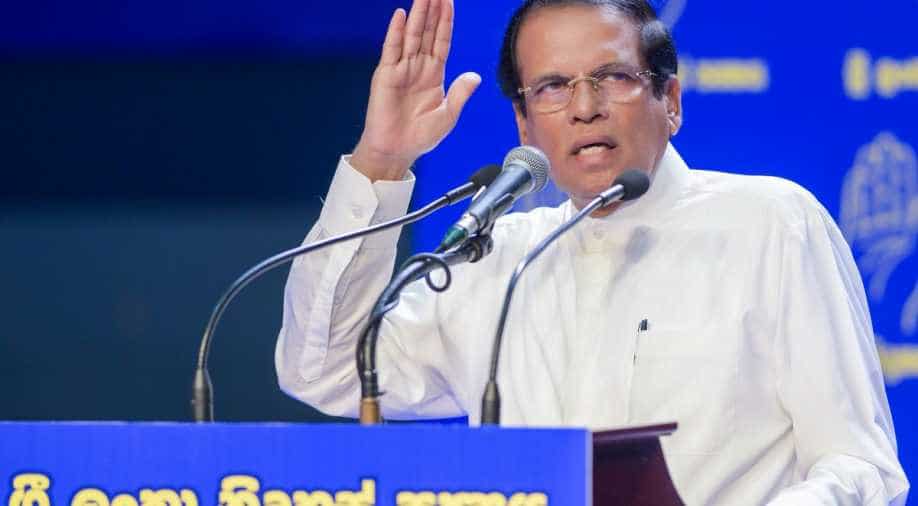 On October 26, President Sirisena, 67, sacked Ranil Wickremesinghe as Prime Minister and replaced him with ex-strongman Mahinda Rajapaksa, triggering the never-seen-before political and constitutional impasse which lasted for over two months.

The two-judge bench of the Court of Appeal dismissed with costs the petition filed by a woman named Thakshila Lakmali Jayawardena, saying it had no authority to hear the case.

The court ordered Jayawardena to pay Rs 100,000 as legal costs.

Jayawardena's Attorney said after filing the case that President's unusual actions warranted a medical check up on his mental status.

The petition was filed before the Supreme Court order on December 13 which ruled that Sirisena's action to dissolve parliament to call fresh parliamentary election was unconstitutional and illegal.

Sirisena move to sack Wickremesinghe was described as a "constitutional coup" by the prime minister's supporters, arguing that the president had no power to sack a sitting Prime Minister as per the 19th amendment to the Constitution.

Sirisena's appointment of Rajapaksa was also questioned in the court as the Wickremesinghe camp questioned as to how Rajapaksa functioned in the prime minister's job when he had failed to prove his parliamentary majority.

Rajapaksa sought to secure a majority in the 225-member Parliament but failed. Sirisena then dissolved Parliament and called snap elections on January 5.

However, the Supreme Court overturned his decision and halted the preparations for snap poll. Sirisena and Rajapaksa suffered reversal setbacks, forcing the president to reinstate Wickremesinghe as the prime minister.