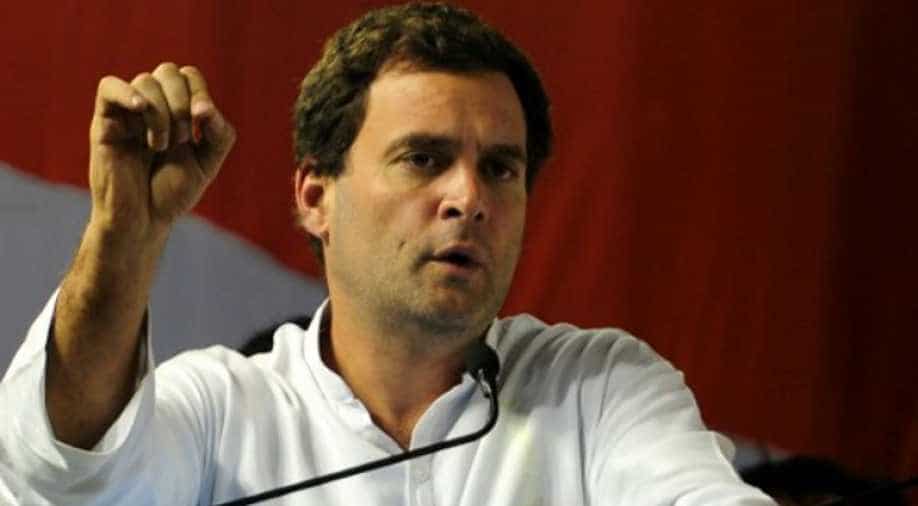 The newspaper report said Rahul has gone abroad to be with his mother who is undergoing medical treatment. Photograph:( AFP )

Lashing out yet again at the demonetisation drive,Congress vice-president Rahul Gandhi on Wednesday said that Prime Minister Narendra Modi has sacrificed the common man in 'yagna' against black money.

The Congress vice-president's comments came a day after the anti-demonetisation meeting, which was attended by all opposition parties except the Left, Janata Dal (United) and Nationalist Congress Party (NCP).

Taking on the opposition for raising objections to the demonetisation drive, Prime Minister Narendra Modi yesterday described the move as a 'safayi abhiyan' aimed to curb black money and corruption.

At a rally in Congress-ruled Uttarakhand, the Prime Minister said that the country has suffered in the past not just because of black money but also due to leadership with 'malicious heart'.

Gandhi also talked about the grand old party’s achievements and commitment towards the nation.

"What is the Congress? It means listening to you, understanding others. It made us understand the meaning of freedom," he said.