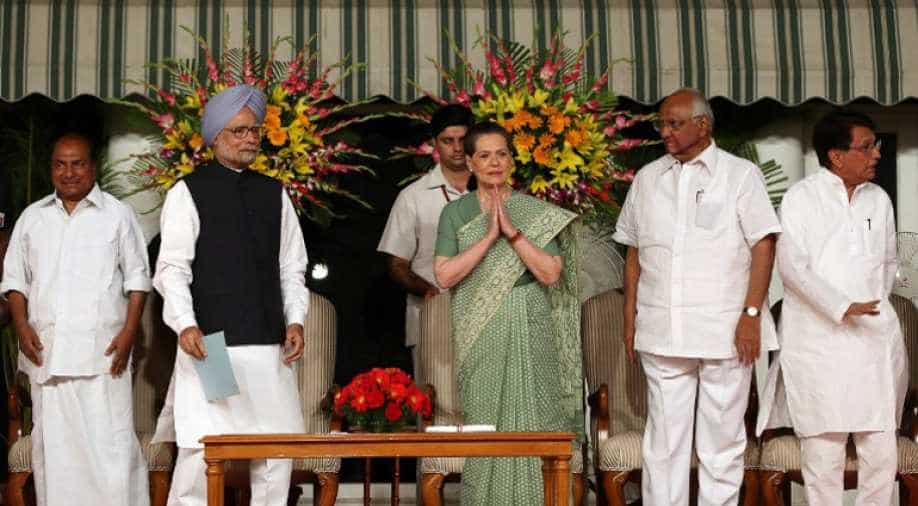 The National Advisory Council led by Sonia Gandhi was set up in 2004. Photograph:( AFP )

Around 700 files containing details of the NAC meetings will "establish" that it was Congress president Sonia Gandhi who was running the UPA government and not former prime minister Manmohan Singh, highly placed sources told Deccan Herrald.

The files will contain the minutes of the NAC meetings, details of foreign and domestic tours undertaken by its members, and other sensitive government matters handled by the council and will be made public shortly, the sources said.

The Deccan Herrald report says that one of the files accessed by Sonia Gandhi was on the drafting of a real estate regulation bill in 2011.

The files show that union minister for Housing and Urban Poverty Alleviation, Kumari Shelja, wrote to “Madam”— as Sonia Gandhi is popularly called —  on November 16, 2011, “informing” and seeking her “guidance” on the “Real Estate (Regulation & Development) Bill 2011.” At that time, the bill had been circulated among the chief ministers and Central ministers for their feedback, Shelja’s communication revealed.

The files establish that suggestions on the draft legislation were made by private real estate developers associations and a leading real estate developer. They also contain a note dated December 2, 2011, from Rita Sharma, who was secretary to the advisory body, giving the salient features of the bill and marked to the Congress president.

The NAC, set up by PM Manmohan Singh in 2004, was criticised by the BJP as an “extra-Constitutional authority” designed to equip Sonia with remote control to run the UPA government.

Modi, a critic of the NAC, had accused it of drafting a “perverse” and “ill-conceived” bill to tackle communal violence while he was chief minister of Gujarat.The bill was seen by the BJP as a tool to target the BJP government in the state.

The NAC was dissolved after the NDA government came to power in 2014.

The Congress defended it as being an advisory body set up to implement the UPA coalition's Common Minimum Programme. The party argued that its existence marked signs of a healthy democracy, facilitating greater pre-policy deliberations.