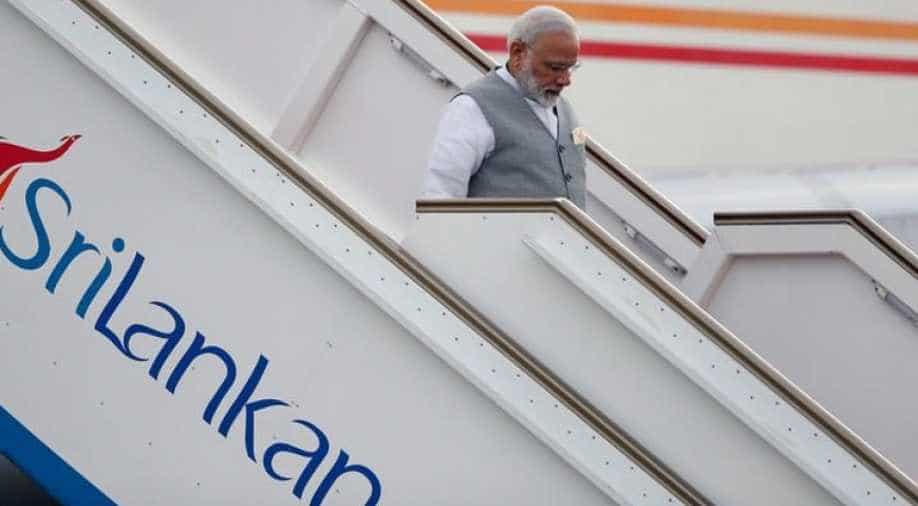 The Prime Minister is in Sri Lanka to attend the International Vesak Day celebration. Photograph:( Reuters )

While speaking on the occasion, Modi said that he brings with him the greetings of 1.25 billion people from the land of Samyaksambuddha, the perfectly self-awakened one.

Dwelling on the issue of peace, Modi said that the biggest challenge for sustainable world peace is from mindsets rooted in hate and violence.

Speaking on the menace of terrorism in the region, the PM said that it is a manifestation of the destructive emotion.

Menace of terrorism in our region is a clear manifestation of this destructive emotion: PM Modi in Sri Lanka pic.twitter.com/HSeLfxtU7S

Modi also announced a direct Air India flight between Varanasi, which is his Lok Sabha constituency, to Colombo.

He said that the region is blessed to give the world teachings of Lord Buddha.