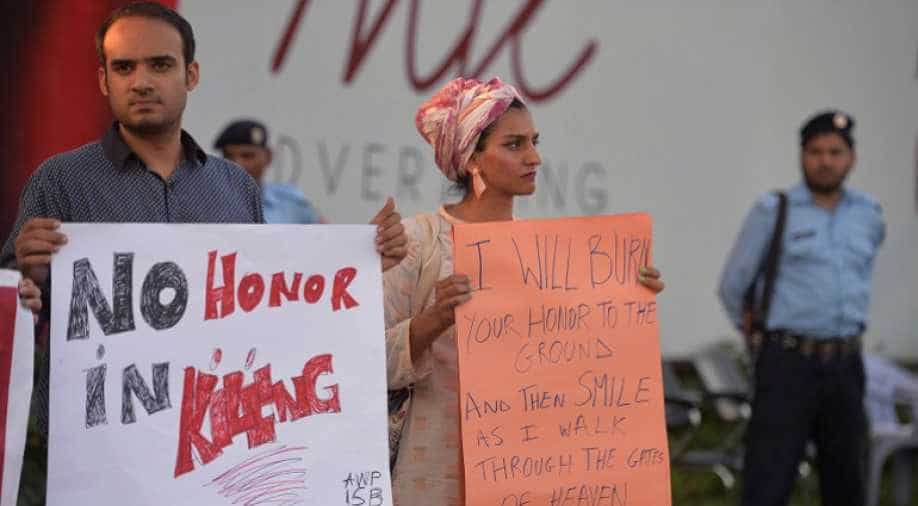 The victim's mother and brother had first beaten her before dousing her in kerosene and setting her on fire.?(Representative Image) Photograph:( AFP )

A Pakistani court on Monday sentenced a mother to death for burning her daughter alive for marrying against her family's wishes.

Parveen Bibi confessed before a Lahore special court that she killed her 18-year-old daughter for "bringing shame to the family".

Rafiq's brother Anees was sentenced to life imprisonment after evidence indicated her mother and brother had first beaten her before dousing her in kerosene and setting her on fire.

Police said her relatives did not claim her body, leaving her husband's family to bury her charred remains.

Honour killings are rampant in Pakistan where marrying against parents wishes, eloping, befriending men is perceived as ruining the family's honour

After social media star Qandeel Baloch was murdered by her brother in July, Pakistan's parliament passed a legislation against "honour killings", three months after she was killed.