Pakistan always reached out, now it is India’s turn to do same: Ex-envoy Basit to WION 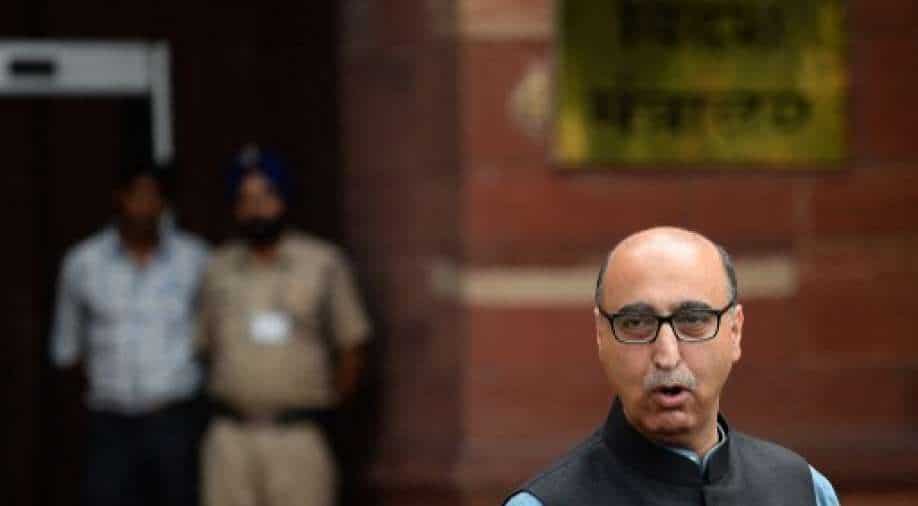 Pakistan has always tried to reach out to India for peace, Pakistan’s former high commissioner to India Abdul Basit told WION in an exclusive conversation on Thursday, adding that it is high time that New Delhi reciprocates the gesture.

Basit spoke to WION in response to a report that Pakistan is unveiling its new National Security Policy, one of the agendas of which is to end hostility with India “for the next 100 years” and restore commercial ties.

“Pakistan has always tried to reach out to India. Let’s hope that in response to this new policy, India also understands and reaches out to Pakistan,” Basit, who was speaking after a long interval to an Indian-based channel, said.

He said that both countries need to trust each other again, adding that the desired peace won’t come to fruition until core problems are resolved.

And for that, Basit added, India and Pakistan must resolve the Kashmir issue “once and for all”.

“Mutual trust can't be built unless the fundamentals are attended,” Basit emphasised. “We have tried [in the past], it hasn’t [happened].”

When asked if trading and business activities can be restored between the two nations, as spelt out in Pakistan’s new policy, even if the lingering border issue persists, Basit expressed pessimism.

“Geo-strategic and geo-economics [issues] are interlinked. One must work on both these fundamentals. We can’t isolate,” he said.

“This has been the case with India and Pakistan for so many years,” Basit said, asserting, “In my view, the geo-strategic and geo-economic issues have to go hand-in-hand.”

He also spoke about Pakistan’s chequered history of no elected prime minister having ever completed their five-year term.

When asked if the issue of political stability can be taken care of in the new security policy, Basit said, “Civil-military relationship is improving. Since 2008, the party in power have been able to complete their terms.”

“The culture of ‘yes prime minister’ has changed,” he said, adding, “It does take time. It’s a gradual process.”

When asked if the Imran Khan-led government would be able to take the opposition on board since they weren’t consulted while formulating the new policy, Basit responded, “Let's hope that they are able to discuss in parliament and it is incorporated. The opposition has to be taken on board as without them, it's not going to work.”