India: Between 2004-05 and 2014-15, Sonia Gandhi-led National Advisory Council spent less than half of its allocation 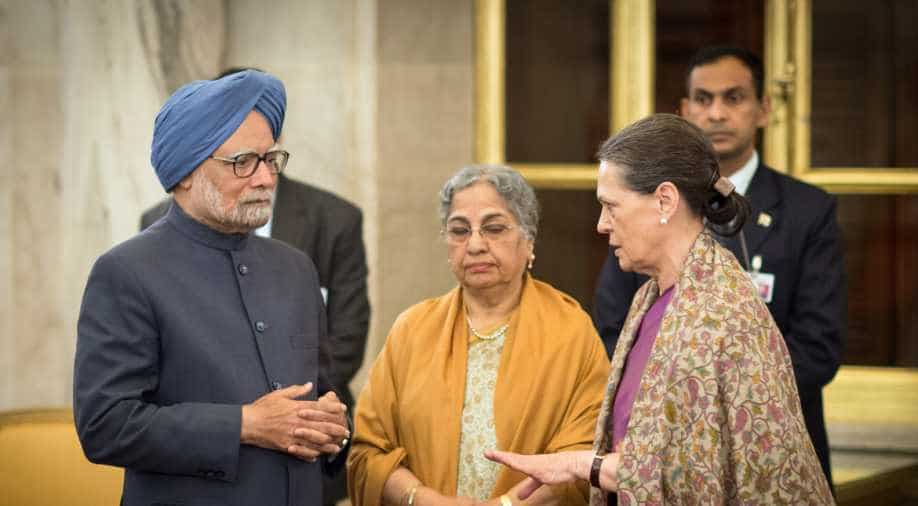 The National Advisory Council was seen as encroaching upon the authority of the PMO. Photograph:( Getty )

In a Right to Information (RTI) reply on the erstwhile National Advisory Council (NAC), headed by Congress President Sonia Gandhi, the Prime Minister's Office has stated that Sonia Gandhi was entitled to same pay, allowance, salary and other facilities which a Union Council of Minister is entitled to, under the salaries and allowance of Ministers Act, 1952.

The information that was sought from the authorities (WION)

There was no allocations and expenditure for the fiscal year 2009-10 as the NAC was wound up on 30 April, 2008 as per the RTI reply and wasn't reconstituted immediately after the Lok Sabha elections in 2009.

The details of budgetary allocation and expenditure on NAC as given by the authorities. (WION)

The National Advisory Council is in news again as the government is expected to make public the correspondence between the Congress President Sonia Gandhi and former Prime Minister Manmohan Singh.

Even WION had sought information through RTI on the correspondence between both of them but was considered "too vague and wide" by the authorities.

WION wanted to know as to how many times Sonia Gandhi had written letters to Manmohan Singh on the issues concerning the government policies.

Insiders say that the NAC was constituted to provide a platform to Sonia Gandhi for official correspondence with the government as she had relinquished the position of the Prime Minister.

It was felt by many, at that time, in the Congress that Sonia’s authority may diminish without any official position in the government.

BJP had attacked the NAC during Lok Sabha elections as an extra-constitutional authority eroding the authority of the Prime Minister’s office, whereas the Congress insists that the job of the NAC was to assist the government on the issues of workers and marginal classes.

The dual power centres of the PMO and the NAC became the bane for the then Congress-led UPA government as people came to perceive the PMO headed by Manmohan Singh as less powerful than the NAC headed by Sonia Gandhi.