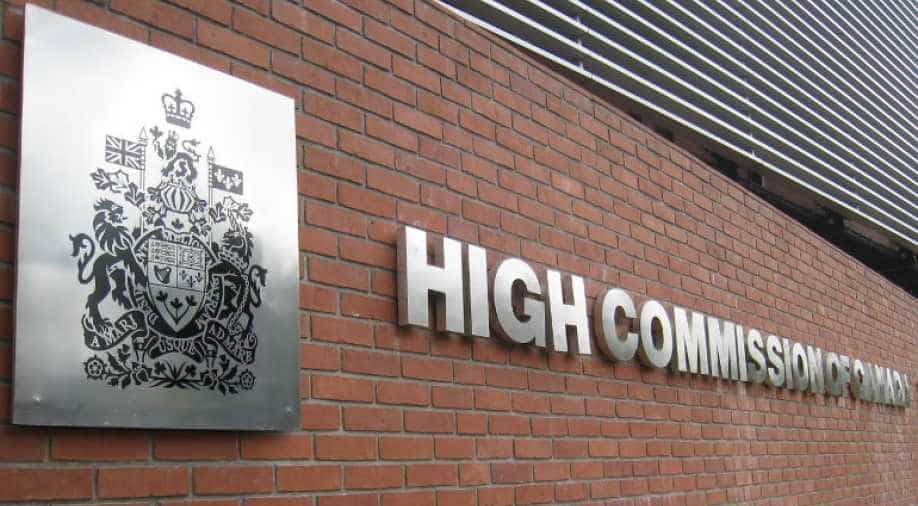 Tejinder Singh Dhillon, who retired from the CRPF in 2010, was declared inadmissible under Canada?s Immigration and Refugee Protection Act. Photograph:( Agencies )

Terming it an incident that had “happened at a lower level” and admitting that “ït shouldn't have happened”, the Canadian High Commission today restored the visa of retired Central Reserve Police Force (CRPF) official Tejinder Singh Dhillon who was denied entry into Canada a few days back.

Significantly, while issuing a fresh visa to Dhillon, the Canadian High Commission also stamped the earlier “Cancelled” visa with a stamp that stated “Cancelled Without Prejudice”. In another gesture to salvage the situation that had the potential to erupt into a diplomatic row, the High Commission also provided an air ticket to Dhillon to travel to Toronto where he was originally supposed to go attend a wedding when he was denied entry into Canada.

Dhillon, who retired from the CRPF as an Inspector General in 2010, was declared inadmissible under Canada’s Immigration and Refugee Protection Act with the Vancouver airport immigration authorities maintaining that he could not be granted entry since he was part of the CRPF which “committed widespread and systemic human rights abuses, for example torture, arbitrary detention, murder, and sexual assault.”

Speaking exclusively to WION/DNA, Dhillon—who was in Delhi to meet the Canadian High Commission officials—said, “The incident which happened in Vancouver was very unfortunate. I tried to keep my cool and I was very confident because I knew I had nothing against me. But when they tried to accuse my organisation and the country of being involved in such things, I told them that I did not agree with their allegations. I felt offended about it because it affected my organisation and my country.”

“They repeatedly told me that they deeply apologize for what had happened. They also added that this happened at a lower level, and that it shouldn't have happened,” he said.

Asked about the circumstances that led to his ordeal in Canada, Dhillon blamed it squarely on the newly created Canada Border Service Agency.

“They are all young people. I don't think they are much experienced and probably they don't know how to conduct themselves. But their powers are supreme and they are misusing their powers.”

Dhillon said that he had been assured by the Canadian authorities that a “strong call” will be taken on this to ensure that “such things do not happen”.

“I told them I have a spotless career. I have a President's Police Medal for distinguished service,” Dhillon said adding that since he had served for CRPF which is accused with such charges, they felt that he should not have continued with that force.

“In fact, one of the problems they had was that not only did I continue with CRPF but also earned promotions by virtue of helping the force complete its tasks,” he added.

Calling it a very “immature” act at a lower level, Dhillon cited “lack of knowledge and lack of proper attitude and maturity” as the reasons behind this episode.