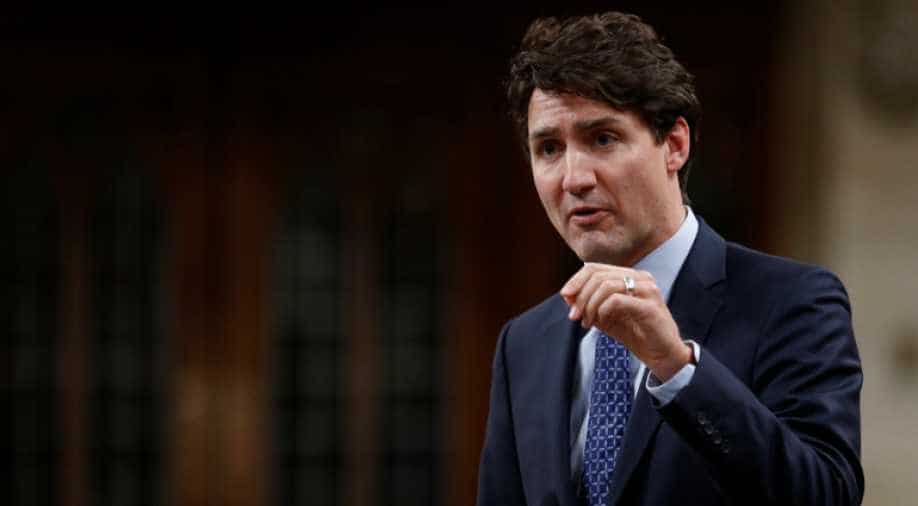 High Commissioner of Canada Nadir Patel said the language in the document 'does not reflect the government of Canada's policy toward India or any particular organisation, including the Central Reserve Police Force of India...' Photograph:( Reuters )

A retired inspector general of the CRPF was denied entry into Canada with airport authorities saying he served in an organisation that allegedly engaged in "terrorism" and "gross human rights violations", prompting a strong reaction from India.

T S Dhillon landed in Canada with his wife on May 18 and was put on the return flight to India on May 20.

His wife was, however, allowed to proceed to her destination in Canada.

"I landed with my wife in Canada on May 18 as I had a family event to attend. But the Canadian border agency at the airport did not allow me to enter the country.

"I told them that I am a retired senior officer of the Indian police, the CRPF. But, they did not heed to my statements and instead talked to me very rudely and in an unpleasant manner. They told me that my force had indulged in human rights violations," Dhillon told PTI.

"We have seen the news report regarding denial of entry by Canadian authorities to a senior retired Indian Police Officer. Such a characterisation of a reputed force like the CRPF is completely unacceptable. We have taken up the matter with the Government of Canada," Baglay said.

He was a "prescribed senior official in the service of a government that, in the opinion of the Minister, engages or has engaged in terrorism, systematic or gross human rights violations, or genocide, a war crime or a crime against humanity", a document given to Dhillon at the airport read.

Regretting any "inconvenience that may have been experienced by this individual and their family", he said, from time to time, with such a large number of applications, oversights on visa applications can happen.

"In situations where established procedures may not have been followed, a review takes place to avoid any reoccurrence," he said.
According to Patel, Canada continues to welcome record numbers of Indian nationals for study, tourism, business, and visiting friends and family.

"Over the past year, over 300,000 Indian nationals have applied to visit Canada," he said.

He also said Canada values its relationship with India, based on shared values of democracy, pluralism, human rights and rule of law.
Patel said Canada's privacy laws prevent him from commenting further.

Dhillon retired from the Central Reserve Police Force as an Inspector General (IG) in 2010.

He was a national level shooter and instrumental in setting up infrastructure for the shooting discipline during the 2010 Commonwealth Games held in the national capital.

Dhillon said he had a valid visa for Canada till 2024 but despite that he was not allowed to enter the country.

"I was finally put on a plane back to India on May 20. I feel bad that the Canadian authorities, at the lower levels, are trying to antagonise a uniformed force of India and the men and women who have given their blood and sweat for the security of the country.
"The authorities should apologise," he said.

The officer said while his wife was allowed to enter Canada, he had to leave with a heavy heart, from a country he has visited many times in the last 30 years.

Ties between India and Canada are witnessing a strain in the recent past.

Earlier this month, India had indicated that it had raised with Canada the presence of Prime Minister Justin Trudeau at a recent event in Toronto where two legislators, who had authored a motion in the Ontario Assembly calling the 1984 anti-Sikh riots as "genocide", were felicitated.