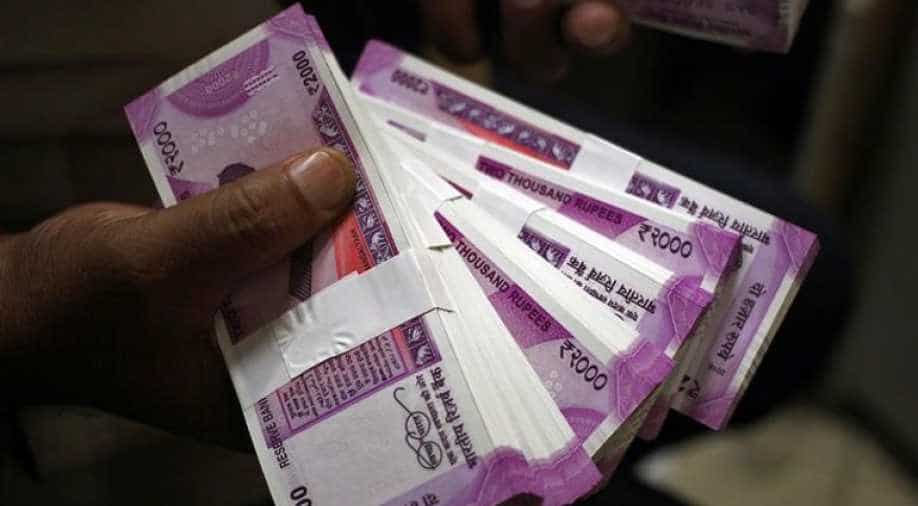 Plastic notes have an average life span of about five years and are difficult to imitate. Photograph:( Reuters )

The Indian government today informed Parliament that a decision has been taken to print plastic currency notes and procurement of material has started.

"It has been decided to print banknotes based on plastic or polymer substrate. The process of procurement has been initiated," minister of state for finance Arjun Ram Meghwal said. He was responding to a query in the Lower House, Lok Sabha whether the central bank, RBI, proposed to print plastic currency notes in place of paper ones.

The RBI for long has been planning to launch plastic currency note after field trials.

In February 2014, the government had informed Parliament that one billion plastic notes of Rs 10 denomination would be introduced in a field trial in five cities selected for their geographical and climatic diversity. The selected cities were Kochi, Mysore, Jaipur, Shimla and Bhubaneswar.

Plastic notes have an average life span of about five years and are difficult to imitate. Also, currency notes made of plastic are cleaner than paper ones. They were first introduced in Australia to safeguard against counterfeiting.

Replying to another question, Meghwal said it was informed by RBI in December 2015 that they have received some banknotes of Rs 1,000 without having security thread which were printed at Currency Note Press (CNP), Nashik, on paper supplied by Security Paper Mill (SPM), Hoshangabad.

An enquiry has been initiated by Security Printing and Minting Corporation (SPMCIL) and the units involved (SPM and CNP).

"Major penalty chargesheet has been issued to the personnel concerned. Disciplinary proceedings have been initiated as per departmental rules," the minister said.

Meghwal further said action has been taken to strengthen quality procedure and online inspection system in manufacturing process and special training has been given to the persons concerned to avoid such types of mistakes in future.

"Additional inspections have been introduced to ensure defect-free production," he said.