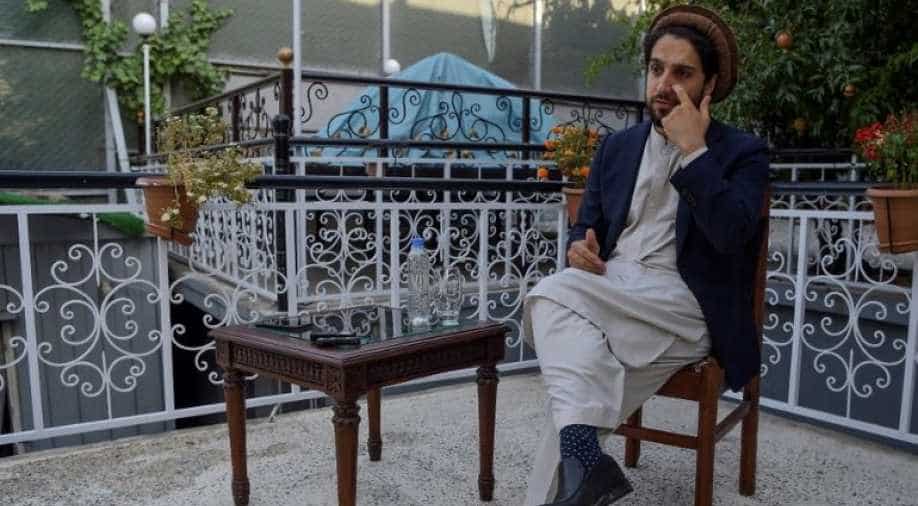 With America seemingly on the brink of a deal with the Taliban that would see the Pentagon slash its troop presence in Afghanistan, 30-year-old Ahmad Massoud wants to galvanise anti-Taliban groups and stop the emboldened fighters from ushering in a new wave of hardline Islam.

Eighteen years after the assassination of revered anti-Taliban commander Ahmad Shah Massoud, his only son is hoping to continue the mission against the insurgents by jumping into Afghanistan's chaotic political fray.

With America seemingly on the brink of a deal with the Taliban that would see the Pentagon slash its troop presence in Afghanistan, 30-year-old Ahmad Massoud wants to galvanise anti-Taliban groups and stop the emboldened fighters from ushering in a new wave of hardline Islam.

Following in the steps of his father, who rallied various groups under the banner of the United Front -- also known as the Northern Alliance -- the younger Massoud wants to build a grand coalition of anti-Taliban elements that can oppose the insurgents politically at first, and militarily if necessary.

"I really pray and hope that Afghans and Afghanistan never see another bloodshed," Massoud told AFP in an interview at a family home in Kabul.

"God forbid. But if it comes, not just myself, but there are... hundreds of thousands of young people who are like me. We are ready to pick up guns."

Massoud plans to officially launch his political movement on September 5 in Panjshir, his family's original home valley north of Kabul that neither the Soviets nor the Taliban ever conquered.

In a fractious country where a grim gallery of brutal warlords and squabbling grifters is woven into the political tapestry, Afghans still cling to Ahmad Shah Massoud as a unifying figure who could have led the country to a Taliban-free future, were it not for his murder by Al-Qaeda operatives.

Dubbed the "Lion of Panjshir", the elder Massoud still emblazons billboards, blast walls, car windows and even coffee mugs in the capital and across the country.

"He was a one-of-a-kind character in Afghan history and I don't think anyone can be like him," Massoud said in fluent English, tinged with a slight London accent from seven years in Britain.

But comparisons to the mujahideen commander are inevitable, especially in a country where the baton of power often passes seamlessly from father to son, and where unifying political figures are vanishingly rare.

Massoud, who returned to Afghanistan in 2016, also bears more than a passing resemblance to his dad, especially since growing a beard and donning the same sort of beige pakol, or Afghan woollen hat, that his father sported.

The elder Massoud was assassinated aged 48, when his son was 12, two days before the seismic events of 9/11 that would forever shape Afghanistan's history and trigger the US-led invasion to hunt Osama bin Laden and topple his Taliban hosts.

After his father's death, Massoud finished his schooling in Iran then moved to England to train as an officer at the country's Sandhurst military academy -- his second choice after failing to get into West Point in New York -- before completing two degrees in London.

'Nothing can protect you'

As Massoud sees it, a planned US-Taliban deal fails to tackle the shortcomings of Afghanistan's political apparatus -- a vicious, winner-takes-all system where absolute power is always the goal -- and instead rewards an extremist movement for their tenacity.

"Unless we go to a process which distributes power to everyone, which decentralises power in Afghanistan, we cannot solve any problems," he said.

"It's going to give a sense of triumph and victory to the Taliban... That's the real fear, that we are legitimising, we are giving hope for the terrorist groups across the world".

Massoud thinks the US has been too quick to grant concessions to the Taliban while excluding other Afghans in the peace talks, leaving the militants poised to expand their influence into any void left by departing American forces.

"It is not an Afghan-led process," Massoud said.

The US insists the deal with the Taliban is contingent on talks between the insurgents and the Afghan government, and that Afghanistan's issues will only be resolved through "intra-Afghan" dialogue.

Massoud warned that a precipitous American troop pullout could lead to a collapse of Afghanistan's security forces, where corruption and poor leadership remain prevalent.

Already, he is seeing various groups and militias in Panjshir and elsewhere re-arm and organise ahead of the US draw-down.

"Unfortunately the government is not capable to continue fighting against the Taliban," Massoud said.

As for any concern he may have for his own safety as he steps into Afghanistan's spotlight, Massoud, who has five sisters, is fatalistic.

"Everything about your death has already been determined by God," he said with a smile.

"When the time comes, nothing can protect you."