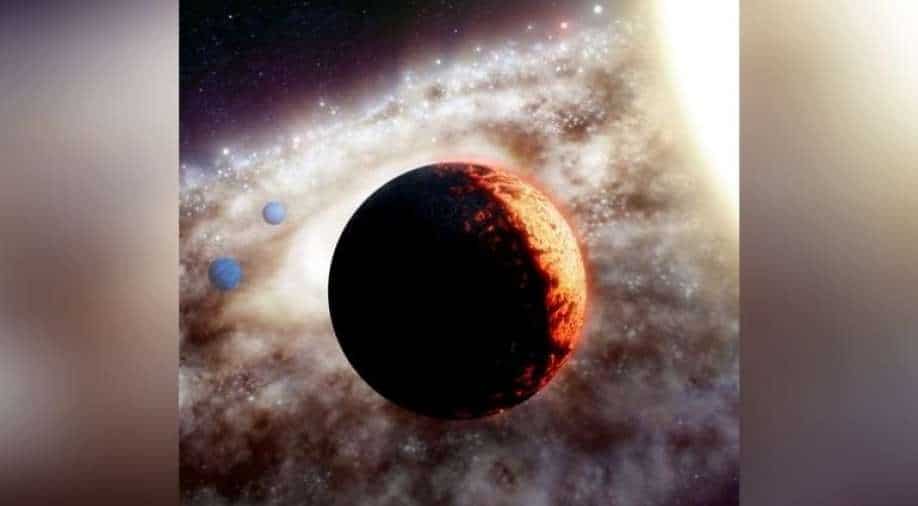 Known as TOI-561b, the exoplanet is one of the oldest and most-metal poor planetary systems discovered yet in the Milky Way

An unusually hot, rocky 'super-Earth' has been found orbiting one of the oldest stars in the Milky Way by astronomers.

The study accepted for publication in the Astronomical Journal was presented to the American Astronomical Society.

Known as TOI-561b, the exoplanet is one of the oldest and most-metal poor planetary systems discovered yet in the Milky Way. It the first rocky world around a galactic thick-disk star confirmed with thermal emissions.

The bright star hosts three transitory planets discovered by NASA's Transiting Exoplanet Survey Satellite, which was launched in 2018 to hunt for planets around some of the closest and brightest stars".

The study's co-author and an astrophysicist at the University of California Stephen Kane said: “For every day you’re on Earth, this planet orbits its star twice.”

The planet has three times the mass of Earth but the same density as our planet. To confirm their findings the astronomers used W. M. Keck Observatory High-Resolution Echelle Spectrometer.

“This is surprising because you’d expect the density to be higher,” Kane said. “This is consistent with the notion that the planet is extremely old.”

The super-Earth's proximity to host enables an above-average surface temperature on the planet exceeding 3,140 Fahrenheit.

As per the lead author of the study Lauren Weiss, "Its existence shows that the universe has been forming rocky planets almost since its inception 14 billion years ago."

"This planet formed at a time when the majority of stars in our galaxy were first beginning to shine," Weiss said at the conference on Monday.

TOI-561b's low density suggests that it has relatively few elements and is therefore 10 billion years old.

"Information about a planet's interior gives us a sense of whether the surface of the planet is habitable by life as we know it," Kane said. "Though this particular planet is unlikely to be inhabited today, it may be a harbinger of many rocky worlds yet to be discovered around our galaxy's oldest stars."