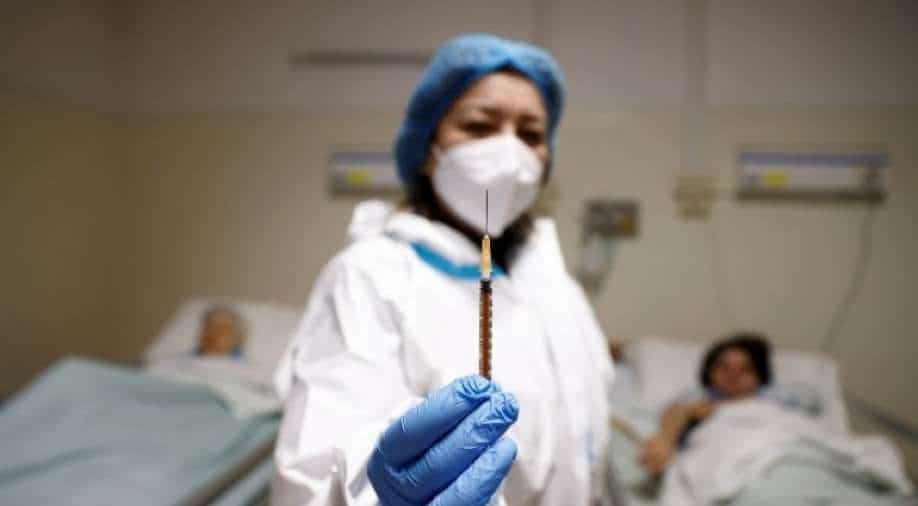 A healthcare worker of Asl Roma 1 holds a syringe after the vaccination of a resident with a dose of the Pfizer-BioNTech COVID-19 vaccine at the Villa Verde elderly care home in Rome, as part of the coronavirus vaccination campaign in Italy, January 7, 20 Photograph:( Reuters )

Vaccine-makers are getting a jump-start on possible new rounds of shots, although they sound more certain of the need for boosters than independent scientists have

Scientists have long said that giving people a single course of a COVID-19 vaccine might not be sufficient in the long term, and that booster shots and even annual vaccinations might prove necessary.

In recent days, that proposition has begun to sound less hypothetical.

Vaccine-makers are getting a jump-start on possible new rounds of shots, although they sound more certain of the need for boosters than independent scientists have.

Pfizer CEO Albert Bourla said Thursday that a third dose of the company’s COVID-19 vaccine was “likely” to be needed within a year of the initial two-dose inoculation — followed by annual vaccinations.

Dr. David Kessler, who runs the Biden administration’s vaccine effort, told a House subcommittee on Thursday that the government was also looking ahead. One factor at play is the spread of coronavirus variants and whether further vaccination could better target mutant strains.

Bourla said that “a likely scenario” is “a third dose somewhere between six and 12 months, and from there it would be an annual re-vaccination.”

Moderna said this week that it was at work on a booster for its vaccine, and Johnson & Johnson has said that its single-shot vaccine will probably need to be given annually.

Kessler emphasized the “strong efficacy” of the current vaccines, including against the variants, but said that the government was “taking steps to develop next generation of vaccines that are directed against these variants if in fact they can be more effective.”

He was one of a handful of top federal health officials at the House hearing who implored Americans to get vaccinated and sought to reassure the nation that all three federally authorized vaccines are safe. They said little about restarting Johnson & Johnson shots, which the Food and Drug Administration paused to examine a rare blood-clotting disorder.

Late Thursday, the Centers for Disease Control and Prevention said it had scheduled a new emergency hearing for April 23.

As of Thursday, more than 125 million people in the country had received at least one dose of a COVID-19 vaccine, including about 78 million who have been fully vaccinated by Johnson & Johnson’s single-dose vaccine or the two-dose series made by Pfizer-BioNTech and Moderna.

In February, Pfizer and its partner, BioNTech, said that they planned to test a third shot and to update their original vaccine. The FDA has said that vaccine developers will not need to conduct lengthy trials for vaccines that have been adapted to protect against variants.

On Tuesday, Moderna said that its vaccine continued to provide strong protection in the United States against COVID-19 six months after it is given, and the company’s CEO, Stéphane Bancel, told CNBC that he hoped to have booster shots ready by the fall.