Ambedkar National Memorial: A one of a kind experience 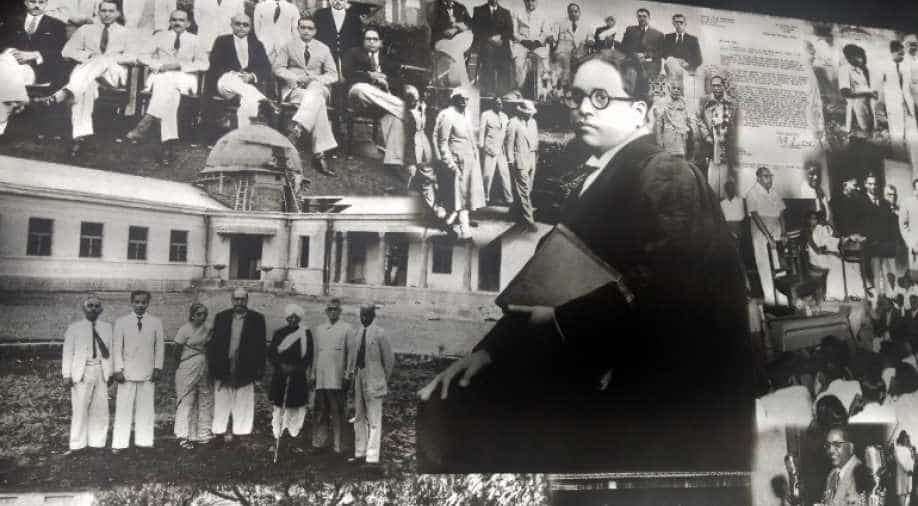 Image of BR Ambedkar displayed in the museum. Photograph:( Others )

The museum boasts of a heavy footfall. The staff said that on weekends, the memorial received over 200 visitors including students and activists, some from Maharashtra.

The Dr BR Ambedkar National Memorial Museum in New Delhi is probably the first of its kind in India. Built in the shape of an open book signifying the constitution, the museum gives visitors a free of cost audio-visual experience of the constitution and its architect- Ambedkar.

Upon entry, staff help visitors download a guide app using the museum’s WiFi. The ground floor of the museum has 17 exhibits detailing Ambedkar’s life. Visitors can scan the QR code using the app at every exhibit to get the information about that particular display.

Much to visitors’ delight, the museum also has a humanoid of Ambedkar which narrates the speeches that Babasaheb delivered in the Constituent Assembly.

Apart from the digital experience, the exhibits also give rare insights into Ambedkar’s life. An exhibition dedicated to the leader’s second wife Ramabai tells visitors how the jurist became Babasaheb.

The display read, “Ramabai’s death in 1935 had such a profound impact on Ambedkar that he slipped into a life desolate state of mind. After he emerged from that state, people started calling him Babasaheb (Respected father).”

Priya Sharma, a Delhi University student, who was visiting the museum for the first time has vowed to promote it. She said, “I never knew that prominent world leaders like Barack Obama had mentioned Ambedkar in their speeches. More people need to know about this.”

The museum boasts of a heavy footfall. The staff said that on weekends, the memorial received over 200 visitors including students and activists, some from Maharashtra.

Habiba Hermanadi, a Delhi University student from Indonesia said that Ambedkar’s teaching are taught in universities across her country.

She said “Like India, there was discrimination in Indonesia as well but the difference was that, in India Ambedkar built the constitution to protect the rights of the minorities.”

The memorial’s basement brings alive the Indian Constitution. It allows visitors to explore the original manuscript of the world’s longest written constitution digitally. It’s an experience that is out of bounds for most Indians as the only original copies of the document are kept in the Parliament’s Library.

But the exhibits are not the only thing striking about the museum. In perhaps another first for a museum, a sign at the entry said “Demonstration and Sloganeering are prohibited.”

The sign appeared ironic to Hermanadi. She said, “One time you’re talking about how Ambedkar taught people to fight for their rights, and then you stop them from exercising those very rights.

The staff said that protests have been banned here since it’s a government building. Yet, museums are among the unlikeliest places to hold demonstrations. But this place is much more than a museum.

It has been built on the land where Ambedkar breathed his last in 1956.

The museum was inaugurated amid much fanfare by Prime Minister Narendra Modi, last year.

But many feel that while the BJP has been trying to appropriate Ambedkar, it has not been aiming to embrace his ideology.

Prominent Dalit rights activist Paul Divakar said, “The BJP like most political parties has been trying to appropriate Ambedkar to woo vote banks. But in reality, crimes against Dalits and tribals have increased in its five-year rule.”