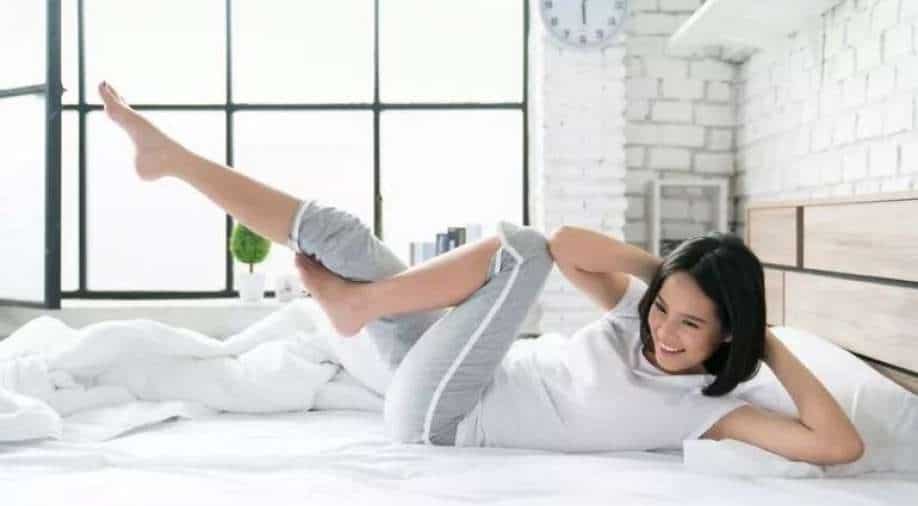 When my partner, Oliver Sacks, died, I lost interest in working out. But I found my way back

Another January is upon us, and with your holiday feasting over, you might be hearing the voice of an invisible trainer in your head, telling you to hit the gym, the pool, the track or the hiking trail, and hit it fast. But the guilt we may feel about putting it off is usually a waste of time. We need rest, too.

Sometimes it’s good to take a break from exercise — give your joints, tendons and ligaments a rest, and your mind as well. But sometimes a break lasts far longer than you had planned or ever imagined. This was my story for a while. And when I say I took a break, I’m not talking about weeks. It was about three years.

Injuries played a small part. I developed plantar fasciitis — inflammation of tissue on the heel, a consequence of aging and overuse — which inhibited doing cardio. I’d had plenty of exercise-related injuries before — a torn rotator cuff, herniated discs, “swimmers’ shoulder” — but I’d been a gym rat since I was a teenager, and in the past I could usually push through.

Now, at age 54, I’d stopped caring about pushing through, stopped caring about exercise altogether. This was a problem beyond the potential effect on my health; I had spent years researching and writing a book on the history of exercise, tracing its evolution from antiquity to the present, and I was still far from the finish line.

But sore feet were just a somatic expression of what was really going on. You see, this whole phase, this breakup that exercise and I had, started not long after I lost my partner, Oliver Sacks, who died at 82 in 2015.

Oliver and I used to swim together two or three times a week — usually a mile at a nearby pool — sharing a lane and often splitting a weekly session with a swim coach. We swam wherever we could — in cold mountain lakes, in salty seas, at elegant hotels in London and Iceland, Jerusalem and San Francisco.

One of the funniest memories I have is of swimming with Oliver in the huge public pool in Central Park on a steamy hot summer night. The pool was jammed with swimmers, kids, families, New Yorkers. The few lifeguards on deck were frantically trying to impose some order, keeping boys from cannonballing or divebombing, their whistles blaring above the din. It was like swimming in Times Square. And there in the middle of it all was Oliver, half-blind but indomitable, trying to do laps as I swam right beside him, his stressed-out bodyguard.

Oliver continued to exercise until nearly the very end of his life — still swimming, albeit more slowly and at shorter distances. When he could no longer safely walk to the gym, his trainer came to the apartment and took him through a cycle of simple exercises using light dumbbells, stretch cords and a Bosu ball. For some cardio, he’d stride up and down the corridor. Even when confined to bed, he made a point of moving his limbs this way and that as vigorously as he could. “Exercise for the dying,” Oliver sardonically called it. But he did it because exercise made him feel good, made him feel alive.

Once Oliver was gone, though, all went silent, and my interest in exercise went silent, too. Suddenly the history of exercise seemed quite unimportant. I put my half-written book aside and did not even open up the file on my computer for years.

Single, alone, bored, depressed, I also began hanging out at a neighborhood pub, drinking more than I should, and on weekends, smoking more weed than I could justify. I still got some exercise, in a desultory way — but I’d lost my passion for it. The gym or the pool or a yoga class seemed like increasingly far-off destinations. Then, early in 2018, I was diagnosed with high blood pressure. This wasn’t unexpected — three of my five sisters also had it, as did my mother, and my numbers had always run a bit high. My doctor prescribed medication, but also told me this: “You need to step up your cardio.”

At age 57, exercise changed from something I freely wanted to do — to look good, to feel good — to something I really should do to stay healthy. No excuses.

It took time, but exercise and I reunited, one might say, albeit in a different way. Since Oliver’s death, I had changed. I felt like a different person, and exercise had changed for me, too. My relationship with it lacked the obsessiveness of youth, feeling more like a civilized arrangement between former lovers now well into middle age. I resumed working out and swimming regularly, and my blood pressure returned to normal, my weight dropped, and by my 59th birthday, in January 2020, I felt better, physically and mentally, than I had in a long time.

Then the pandemic hit. I had no choice but to adapt when my gym closed.

I was OK with just doing my own thing at home for a while. But as it became clear that gyms were not going to reopen anytime soon, I found that I missed the pump you get from lifting weights, from supersets and reps to exhaustion, and even the ache from sore muscles the next day. I missed swimming. And perhaps more than anything, I missed the sense of community I’d always found in gyms.

I waited until pools were allowed to reopen, six months after the lockdown, before I reactivated my gym membership. And then I went on the very first day. I saw only two other men in the locker room, matched in number by masked janitors busily disinfecting surfaces. The sauna and spacious steam room were closed indefinitely, perhaps forever, bringing to mind the crumbling, ancient baths, or thermae, found in Rome — ruins from another time, another culture. It was all so depressing. But I told myself not to dwell. I quickly changed into a swimsuit and headed to the pool. My swim reservation — 30 minutes, maximum — was for 2:10 p.m. I felt like I was going to a doctor’s appointment.

The lifeguard confirmed my reservation and explained the rules: Wear your mask at all times, except for right before you get into the pool. He handed me a plastic sandwich bag to store it in at poolside. Unlike in the past, swimmers would have a lane to themselves — no lane sharing or circle swimming allowed. Lane 1 was empty, he told me, and I could go ahead and swim.

Oliver’s lane, I thought: He always swam in Lane 1. The lifeguard would even transfer swimmers from that lane to another just for him because that’s where a ladder was. He always held tightly onto my arm as I guided him to the ladder, his huge flat feet flopping in swim fins.

I took off my mask, put on goggles and plunged in.

The water was cold — cold! The pool must have been drained, cleaned, then refilled. Oof! I pushed off, arms outstretched in a V, legs in a scissor kick, until I surfaced about a third of the way down and launched into freestyle. My stroke immediately kicked in, as if not a day had passed since March. I had wondered if it would take time — time to find my rhythm, to synchronize bilateral breathing with crawling arms and legs. But no, my body knew exactly what to do: thrust, pull, kick, rotate — swim. I touched the wall, flipped, pushed off.

Lap after lap, I just swam, grateful to forget about the pandemic, grateful for my health, grateful simply to be alive — my heart racing, my body darting through the water like a dolphin freed from captivity.