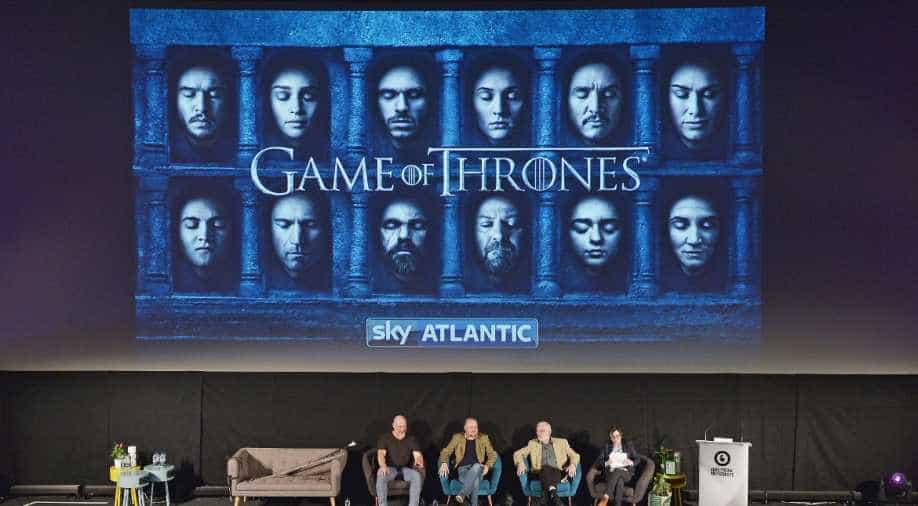 The show, now in its sixth season, has a budget of $10 million per episode, according to Entertainment Weekly. Photograph:( Getty )

Follow Us
Game of Thrones, the hit HBO cable TV series that is partly filmed in Northern Ireland, will not suffer due to Britain's decision to leave the European Union, the cable network said on Friday, aiming to quash speculation that the lavishly produced show would lose EU funding.

Britons voted on Thursday to leave the European Union, a decision that economists and government leaders say clouds growth prospects for the world's fifth-largest economy and could dim its attraction for investors.

The result could also discourage Hollywood studios and cable networks to film shows and movies in Britain, in part because the country would no longer have access to European subsidies.

The series received support from the EU's European Regional Development Fund in its early years, HBO confirmed, but the fund has provided no support for the past few seasons.

"We do not anticipate that the result of the EU referendum will have any material effect on HBO producing Game of Thrones," the network, a unit of Time Warner Inc, said in a statement.

As results from Britain's historic referendum came in overnight, speculation spread online that the decision would hurt HBO's most-watched series, which had as many as 20 million viewers per episode last season.

The show continues to receive funding from the UK, including from Northern Ireland Screen (NIS), which provides government support for local businesses.

NIS issued a statement on Friday saying the organisation "does not use monies provided from European-funded programmes."

A majority of voters in Northern Ireland, one of four "nations" that comprise the United Kingdom, cast ballots for remaining in the EU.

The Emmy-winning Game of Thrones, based on George R. R. Martin's A Song of Ice and Fire books, tells the epic fantasy tale of a multi-generational struggle for control of the Iron Throne and rule over the Seven Kingdoms.

The show, now in its sixth season, has a budget of $10 million per episode, according to Entertainment Weekly.