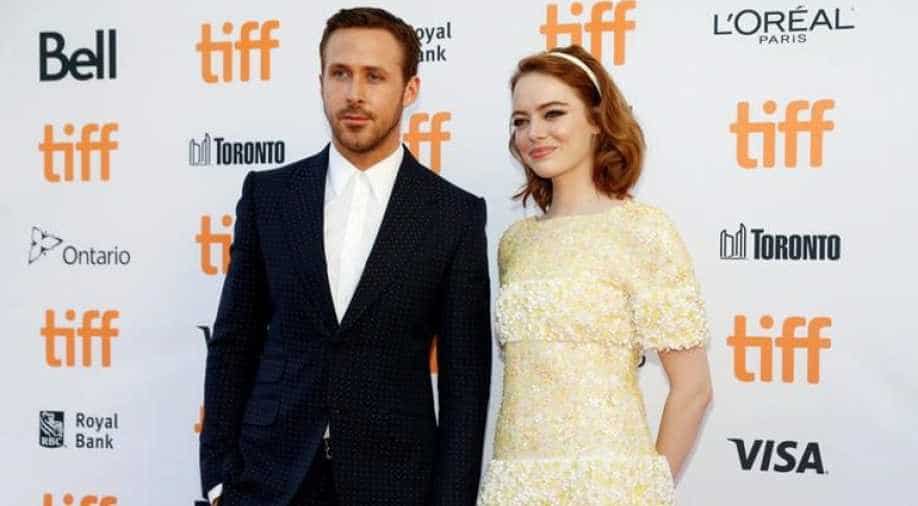 Nominations for the Golden Globes will be unveiled Monday with critics expecting musical "La La Land" to lead the pack ahead of "Moonlight," "Manchester by the Sea" and "Lion."

In a departure from last year`s awards calendar, the announcements come before the influential Screen Actors Guild nominations, making them the first major bellwether of momentum going into the Oscars race.

The Globe nominations, set to be made at the crack of dawn in Beverly Hills, are decided by the Hollywood Foreign Press Association (HFPA), a group of entertainment journalists who are wined and dined by publicists.

There has been controversy in the past over the category placement of films, with last year`s inclusion of "The Martian" and "Joy" in comedy/musical raising eyebrows.

But awards prediction site Gold Derby has Damien Chazelle`s "La La Land" -- uncontroversially both a musical and a romantic comedy -- comfortably in the lead in several races.

"Normally the Globe voters like to spread the wealth among a lot of different films, but I could honestly see it winning the film award and for Ryan Gosling and Emma Stone," managing director Chris Beachum told AFP.

"It`s got a very good shot at `directing` and maybe the score or song categories -- it could do really well."

Experts say Kenneth Lonergan`s unflinching "Manchester by the Sea," which has won acclaim for its central performance by Casey Affleck, has been getting the most recent attention on the drama side.

Another frontrunner is Barry Jenkins`s coming-of-age story "Moonlight," with cast members Naomie Harris and Mahershala Ali in with a shout for acting nominations.

"Lion," Garth Davis`s drama about a teenager adopted by an Australian family who searches for his long-lost blood relatives using Google Earth, is also expected to earn several nominations, including in acting for Dev Patel and Nicole Kidman.

The Globes will be the year`s first big test of Hollywood`s tolerance of scandal, with Nate Parker`s "The Birth of a Nation" seen as firm awards material until news emerged of a historical acquittal over rape allegations by a woman who ended up committing suicide.

"Will they separate the art from the artist? Will the film be able to stand on its own or will the very mixed reviews of it sink its chances?" writes Eric Anderson of the AwardsWatch.com blog.

Denzel Washington, nominated on seven occasions, looks a good bet to earn a first directing nomination for "Fences" but faces competition from "Silence" director Martin Scorsese who won in 2012 for "Hugo."

Emily Blunt could get a sixth acting nomination for "The Girl on the Train" while French screen siren Isabelle Huppert has turned heads with her commanding lead in Paul Verhoeven`s "Elle."

Viola Davis ("Fences"), Ruth Negga ("Loving") and Natalie Portman ("Jackie") are all strong contenders for this category, however.

Among the television prizes, FX`s "Atlanta," about two cousins trying to make it big in hip hop, looks a good bet for best musical/comedy after earning acclaim for its ten-episode debut season in the fall.

HBO black comedy "Divorce," should also be in the running, as should its star Sarah Jessica Parker, who already has four Golden Globes for "Sex in the City."