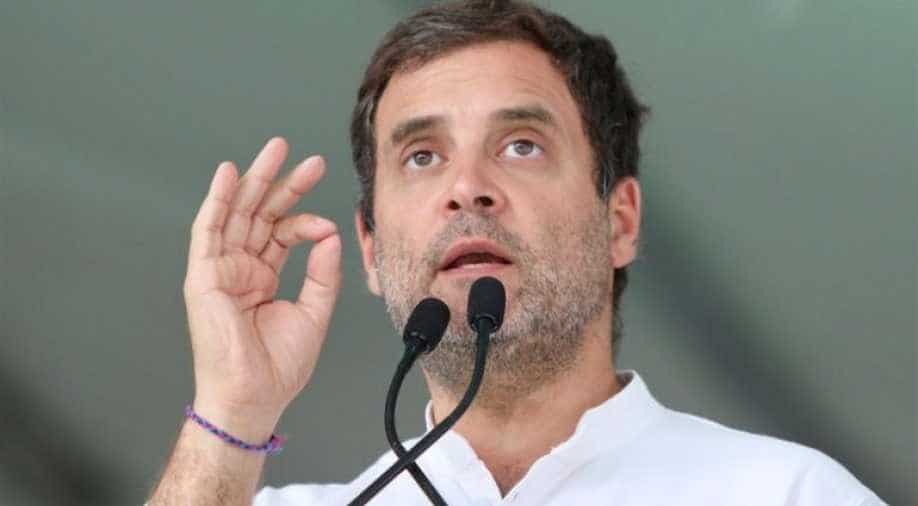 Rahul Gandhi also said that no Congress member will apologise for the comments.

Senior Congress leader Rahul Gandhi reaffirmed on Saturday that he would not apologise for his remarks on rape, adding that he will not seek foregiveness for stating "truth".

"BJP yesterday told me 'Rahul you gave a speech, apologise for that'. I was asked to apologise for speaking something correct. I am not Rahul Savarkar. I am Rahul Gandhi. I will never apologise for truth," Rahul said while addressing Congress's Bharat Bachao rally at the iconic Ramlila Maidan in New Delhi.

Rahul also said that no Congress member will apologise for the comments.

On Friday, a ruckus erupted in the Parliament for Rahul's remarks where he said that the country is witnessing "Rape in India" rather than PM Narendra Modi's ambitious programme "Make in India", referring to rising number of rape incidents in the recent days.

Rahul later clarified on Friday that he meant whenever one reads a newspaper, there is a report of rape in different parts of India instead of a story on 'Make in India'. He had also said that BJP sought his apology as it wanted to deflect attention from protests in the northeast.

At the Bharat Bachao rally, the senior Congress leader also pulled up BJP government for creating religious divisions, mentioning the situation in Jammu and Kashmir and northeast India.

"They (BJP) work to create divisions, between religions. in Jammu and Kashmir, in northeast. Go to Assam, Mizoram, Manipur, Nagaland, Arunachal Pradesh. Go and witness what Narendra Modi did there, he has set those regions on fire."

Rahul Gandhi also slammed the Centre for the economic crisis in the country. "Today, GDP growth is at 4 per cent, that too even after they (BJP) changed the way to measure GDP. If GDP is measured according to the previous method, it will be just 2.5 per cent."