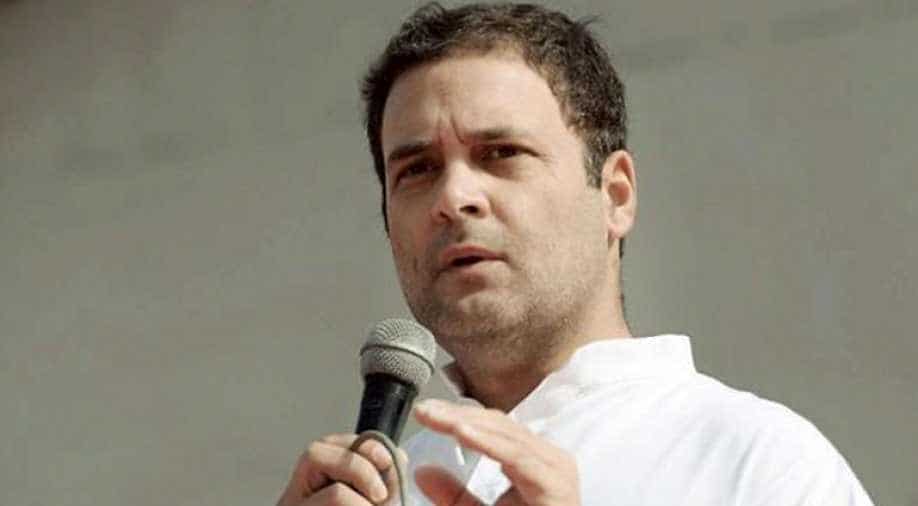 Union minister Smriti Irani slammed Rahul Gandhi for his remarks against the PM, adding that it is an insult to the nation and an invitation to the rapists.

The Rajya Sabha (Upper House) adjourned on Friday after an uproar over Rahul Gandhi's remark against Prime Minister Narendra Modi.

Taking a dig at the rising incidents of rapes in India, Senior Congress leader Gandhi on Thursday said that the prime minister talked about 'Make in India' but nowadays wherever you look, it is 'Rape in India' in a rally in Jharkhand.

Union minister Smriti Irani slammed Gandhi for his remarks against the PM, adding that it is an insult to the nation and an invitation to the rapists. Irani also said that Gandhi should be punished for his remarks.

"This is first time in history that a leader is giving a clarion call that Indian women should be raped. Is this Rahul Gandhi's message to the people of the country?" Irani said.

Rajya Sabha Chairman Venkaiah Naidu urged the members to maintain decorum and added that a member's name cannot be taken who is not a part of the house, referring to Gandhi. However, the House was later adjourned.

Few MPs in Rajya Sabha raise slogans of 'Rahul Gandhi maafi maango' over Rahul Gandhi's 'rape in India' remark; Rajya Sabha Chairman M Venkaiah Naidu says, "you cannot take the name of a person who is not a member of this House. No body has the business to disturb the House". pic.twitter.com/Ojp2BthDBO

Earlier, Gandhi had also said that the international community ridicules India and the country is known as the "rape capital" of the world.