Why it is crucial to ensure rights of a child 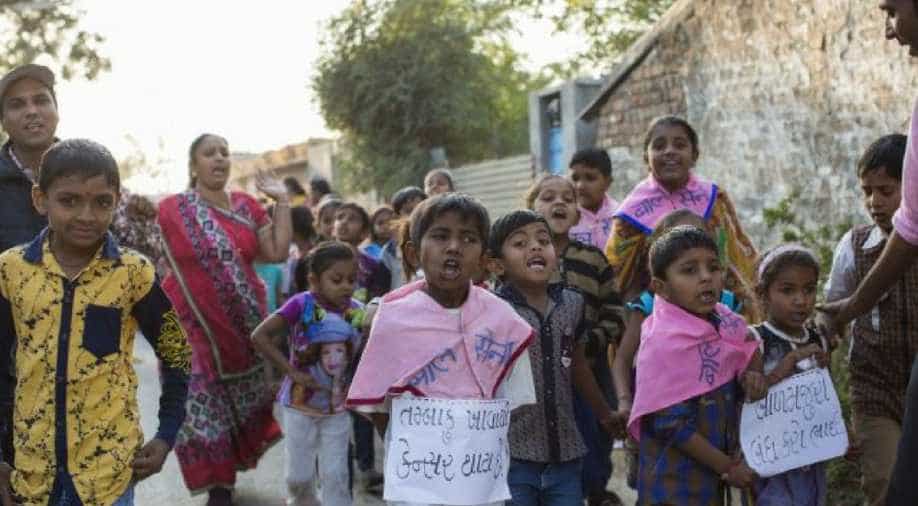 Children?s rally in their community about the ills of tobacco and alcohol. Photograph:( Others )

“I would like to ask them a question”, said a boy standing up from a sea of children in pink scarves. My co-fellow and I had just introduced ourselves to the Balsena, as we had to the many new faces and people we had been meeting in the past few days. One of his eyes was stitched up and the scars of a badly done surgery were visible on his face. Yet, the conviction in his voice made me search for the speaker. “What is your Dream?” he asked with one eye, looking straight at me. I was stumped.

Sitting in the middle of a dusty field in the slums of Kumbharwada, 4 kms on the outskirts of Bhavnagar, with 60 crackling kids and smoke arising from the pile of plastic being burnt right next to us, I was taken aback with the depth of the question. In the days since we arrived, I had heard stories of children being beaten up by teachers, bullied on the streets, pressured to work, pressured to study, fending for themselves, having no one listen to them amongst others. Yet, here at Shaishav, I met children still curious to know more, willing to learn more, dreaming big and smiling from their hearts despite violence being a routine occurrence in their lives.

Balsena team ‘Morpeach’ having their weekly meeting at Kumbharwada. (Others)

Balsena, literally meaning ‘Children’s Collective’ is the flagship programme of Shaishav in Bhavnagar. It is run by the children, for the children, with Shaishav acting as a facilitator. Established in 2003, Balsena is open to all children, regardless of class, gender, caste or religion, and is centred on a child-participation approach – where children can experience the power of collective strength, learn to develop empathy for other children and support each other. The children decide what they would like to learn about, discuss problems in their community, problem solve together, organise rallies and outings, amongst other things. Aged between 8-16 years, they are organised into teams (Balsena points) based on either their school or community. Each team holds a weekly meeting and participates in activities which focus on developing hard skills and soft skills.

The United Nations identifies children’s basic rights to be Right to Survival, Right to Development, Right to Protection and Right to Participation (see CRY 2017). While provisions in the Indian legal system like POCSO Act and RTE Act look at protecting the former three, the latter – Right to Participation – remains largely ignored. Shaishav aims to bridge this gap through programs like the Balsena. Viewing ‘children leading change’, Shaishav hopes to enable in children the confidence to make their own decisions.

Children tallying votes for deciding on what shall be the activities for the weekly meetings this month. (Others)

On my first day, I happened to witness a module on Child Rights being introduced to the Balsena. What was interesting though, was that it was not being ‘taught’ to the children. Two Youth Fellows were facilitating the session. These were children from the Balsena who had been trained to lead and conduct the module, the weekend before. “Let’s decide among ourselves what are the five essential things we need in our lives” said the fellow, and I listened in on what the groups were discussing.

“Money can buy anything”, said one boy with utmost seriousness. “Therefore it is critical to our survival”. “But it doesn’t buy clean air or water” interrupted another. “Clothes are most important, otherwise how will you go out and work to earn money?” added another.

I watched the children debate their rights in smaller and then larger groups. They went on to play a game of snakes and ladders, integrated with child right pictures in it. Every time my piece landed on a picture, the children chimed in to describe the scene and what right it stood for. “Look, the girl is sitting on the side while the males in the family are served and eat first. This is not right. She should get nutritious wholesome food also, and not just leftovers. This goes in her right to survival.” And on went the game with each picture being categorised, debated and imbibed.

I wish I had known these rights as a child. I remembered the subtle gender dynamics in my family where girls would be called to help lay out the dishes as the boys continued watching television. While it was never explicitly stated that girls had to help out in household work, these forms of inequality persisted, and I internalised them into my idea of a family structure. Till much later, I never learnt to question them.

To be able to identify gender dynamics and spot subtle gender roles in the family and other environments can be extremely tricky, and it is even more challenging to teach children how to recognise it. But through games like this, it is possible. Here, children were being taught to identify specific scenarios, question what they saw and learned, and place this knowledge within a framework.

The children were being encouraged to think for themselves and stand up for what they believe in. They were learning to form opinions. A rally organised by the children in their communities yesterday was a testament to that. Shouting slogans against tobacco and alcohol, the children marched in the lanes of their neighbourhood, their voices resonating through the alleys and bringing people to their doorsteps.

Shaishav and its work through Balsena, demonstrate that children are capable of asking questions and taking charge of their own lives, if they are equipped with the right set of knowledge, values, direction and mentorship to do so.

Initially stumped by the boy’s question, I think I have my answer now. My dream is to be able to watch each child find their voice, explore their curiosity and work towards making this world a more peaceful, green, harmonious and better place to live. 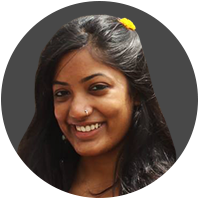 Maitreyi Nandhakumar is AIF Clinton Fellow, working at Shaishav Child Rights in Bhavnagar, Gujarat. She hopes to build her own understanding of the myriad ways in which children learn and assimilate knowledge.