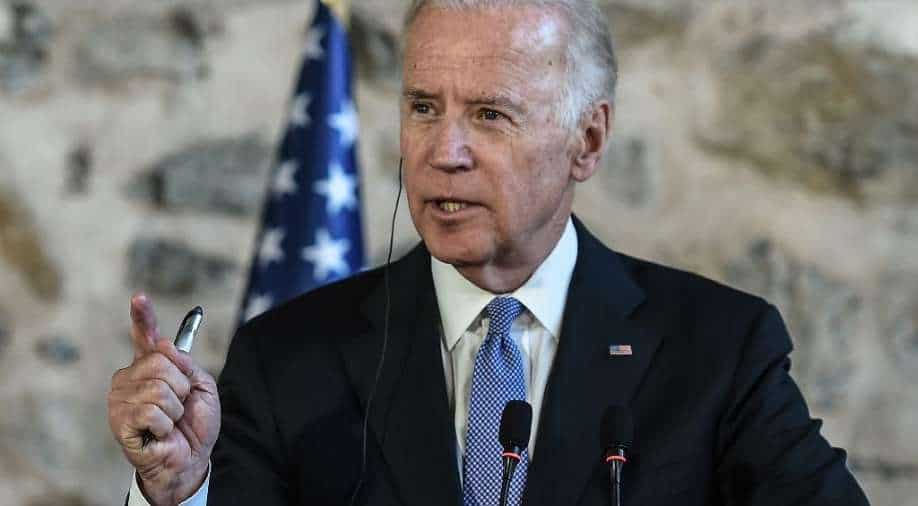 As the Chairman of the Senate foreign relations committee, Biden had written a letter to the then President George W. Bush calling on his administration to lift the sanctions on India.

For India, Joe Biden is not a stranger. As America's vice president, and even before that Biden has engaged with the Indian establishment on more occasions than one committing his support for a strong India-US partnership.

In September 2014, there was a buzz in Washington DC that the Indian prime minister was visiting America's capital right after his thumping victory in the general elections. While the focus of the world was on the talks between Barack Obama and Narendra Modi, on September, 30t, Joe Biden, the then vice-president of America hosted a lunch for the Indian prime minister.

Obama's secretary of state John Kerry was present too. The leaders had spent time together before the luncheon. They were convinced India and the United States can become strong partners.

Prime Minister Modi agreed - he had nothing but praise for the American leadership with Joe Biden now getting ready to take charge as president, Prime Minister Modi would find a familiar face and a dependable ally in the Oval office because in his 40-year long career in politics Joe Biden has extended his support to India on more than one occasion.

In 1998, when India conducted its first nuclear test Biden issued a statement of support in his capacity as a ranking member of the Senate foreign relations committee. Back then when the US was opposed to India's nuclear tests, Biden had said that a nation of India's size, importance, and stature cannot be isolated forever and that the United States will have to engage India.

Three years later, Biden stood up in India's support again. As the Chairman of the Senate foreign relations committee, Biden wrote a letter to the then President George W. Bush calling on his administration to lift the sanctions on India.

Biden wrote: "The economic sanctions against India serve to stigmatise rather than stabilize, if the sanctions are removed, India will respond with reciprocal acts of goodwill in non-proliferation and other arenas."

Biden's support to India didn't waver when Obama was elected president of America. As vice president-elect, he travelled to Pakistan with a demand - Biden wanted Islamabad to help India bring the culprits behind the 26/11 terrorist attack to justice and when Prime Minister Modi rose to power India had deepened its partnership with America.

In 2016, the Obama-Biden administration declared India a major defence partner - a distinctly unique definition that the US had not used before for any other ally. With Prime Minister Modi still at the helm of affairs in New Delhi, the Biden administration will get a chance to build on the same foundation.