Two groups of Africans go on rampage at Delhi hospital 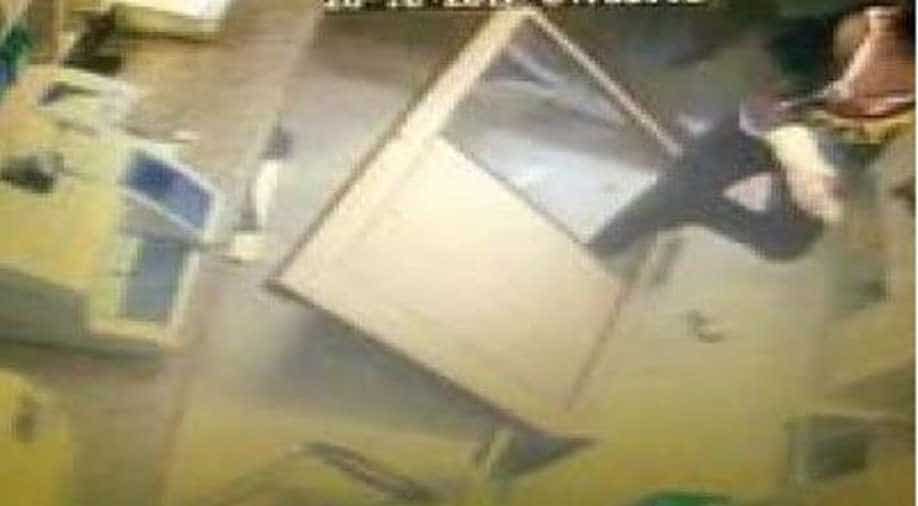 A CCTV captured the entire incident. The footage shows the violent men smashing the door to reach the reception Photograph:( WION Web Team )

Police officers say that they have recovered three CCTV footages from the hospital in which the attackers were seen smashing the doors and glasses. ||?A case has been registered under sections of rioting, arson, and assault based on the statement of an employee of the hospital.

Two groups of African men went on the rampage at a Delhi hospital, attacking each other with meat cleavers, swords, rods, bottles and baseball, and in the process damaged several furniture and equipment in the hospital on Monday.

CCTV footage showed the men going on a rampage inside the hospital smashing the door to reach the reception area.

The incident took place around 4am when four African men entered the hospital with a woman who had head injuries.

According to eyewitnesses, the melee began when another African man arrived there in an autorickshaw. On seeing him, the youths started thrashing him. The hapless man ran into the hospital to save himself but was followed by the irate group.

The mob went on a rampage inside the hospital smashing the furniture and the laboratory of the hospital. They also allegedly roughed up the hospital receptionist.

Police registered a case of rioting, arson, and assault based on a statement of an employee at the hospital.

Police officers say that they have recovered three CCTV footages from the hospital in which the attackers were seen smashing the doors and glasses.

It was found that the two group had gone to a restaurant near Mehrauli church and got into a fight with each other during which one of them had smashed a beer bottle on the woman's head. A fight had ensued after that. While they had reached the hospital another youth from the rival group too reached there due to which another fight ensued.