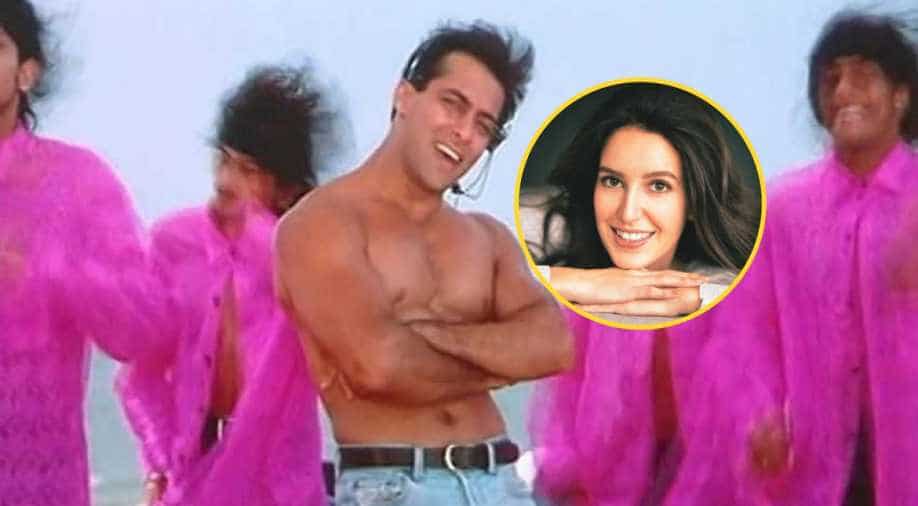 It is rightly said that once you enter Salman Khan camp in Bollywood, he goes to any length to promote and support you in the industry. The latest example is Katrina Kaif’s sister Isabelle who he is currently helping to make a mark in the Indian cinema industry. For Isabelle, Salman Khan is set to recreate his 90’s number, ‘Oh Oh Jaane Jaana’, for her debut film titled Time To Dance opposite Sooraj Pancholi. Interestingly, Sooraj is also a member of that camp -- for whom Salman also sang a song in his debut film, Hero.

The original song is from Salman’s film Pyaar Kiya Toh Darna Kya (1998) which was a super hit of its time. The song was sung by Kamaal Khan and composed by Jatin-Lalit. The new version will also be sung by Kamaal and be composed by Shivay Vyas. The song will feature lead actors of the film, Sooraj and Isabelle, along with Salman.

Sooraj Pancholi made the announcement of the film with Isabelle via an Instagram post last week. He wrote, “It’s official guys! A huge shout out to my co-star @isakaif .. get ready for our film! #TimeToDance ?? Look forward to working with her!”

It’s official guys! A huge shout out to my co-star @isakaif .. get ready for our film! #TimeToDance ?? Look forward to working with her!

The film will be Stanley D’costa’s directorial debut and is set to go on floors in the second half of April in London.

Isabelle was last seen in Dr Cabbie, an English language film that was produced by Salman Khan.