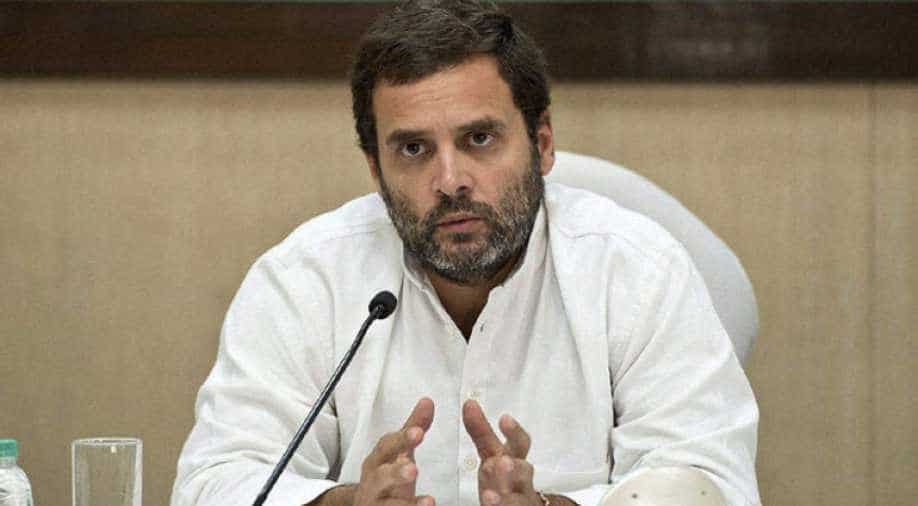 A Bhiwandi court has asked Congress President Rahul Gandhi to appear before it on June 12 to record his plea in a defamation case filed against him by an RSS functionary.

The court on Wednesday heard arguments on Gandhi's application, seeking a detailed recording of evidence instead of a 'summary trial', and adjourned the matter till June 12.

The court said that on June 12 it would pass an order on the application and would also record the defendant's (Rahul Gandhi) plea, and asked him to remain present on that day.

Rajesh Kunte, a local worker of the Rashtriya Swayamsevak Sangh, had in 2014 filed the case against Rahul Gandhi after watching his speech in Thane's Bhiwandi township where the Congress leader alleged that the RSS was behind the killing of Mahatma Gandhi.

He filed the case against the Congress president over the latter's alleged statement at an election rally near Bhiwandi on March 6, 2014 that "the RSS people had killed (Mahatma) Gandhi."

Kunte claimed in his case that this statement slandered the reputation of the RSS.

While the trial in such cases are normally held summarily, Rahul Gandhi filed an application last month seeking for it to be conducted as a 'summons trial'.

"A summary trial is short and will be completed with just submitting the written arguments. We have sought for a summons trial which would go into the in-depth recording of the evidence," Rahul Gandhi's lawyer Narayan Iyer said.

"The case relates to historical facts and hence, we need to rely on several documents and would like to record the evidence of experts," he said.

Rahul Gandhi had earlier moved the Supreme Court seeking quashing of the case.

The apex court had in July 2016 said he should not have resorted to "collective denunciation" of an organisation, and would have to face trial if he did not express regret for his remark.

The Congress leader had declined to accept the suggestion and expressed willingness to face the trial.