Pulwama encounter: 8 civilians, 3 terrorists and one soldier among 12 dead 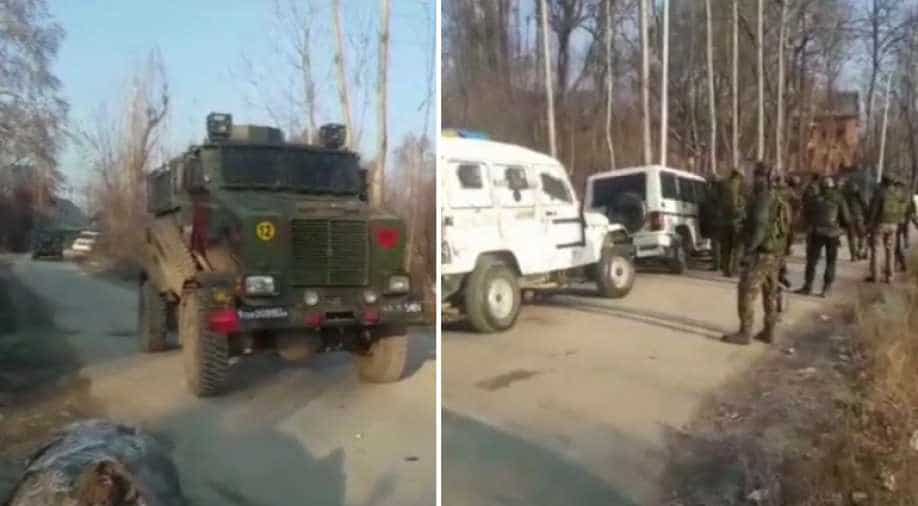 Visuals from an encounter between security forces and terrorists in Pulwama. Photograph:( ANI )

Thoker had gone missing from an Army unit in the Gantmulla area of north Kashmir's Baramulla district in July last year.

Three terrorists, one Army jawan and eight civilians were killed in an encounter in Kharpora Sirnoo village of Pulwama district in Jammu and Kashmir on Saturday.

The incident took place at Sirnoo village in the morning when the security forces laid siege to a locality based on intelligence reports about the presence of three terrorists, including an Army deserter - Zahoor Ahmad Thoker, in the area, police officials said.

Thoker had gone missing from an Army unit in the Gantmulla area of north Kashmir's Baramulla district in July last year.

He had decamped with his service rifle and three magazines and had joined the terrorist ranks.

The security forces said Thoker was involved in several killings in J&K.

The identities of two other terrorists were being ascertained.

The officials said an army jawan lost his life in the gunfight, while two other soldiers were critical.

Authorities have imposed curfew in Pulwama town and have deployed high security to maintain law and order in the wake of the civilian deaths.

Mobile internet services were suspended in the district while rail services between the Kashmir Valley and Bannihal town in the Jammu region were cancelled.