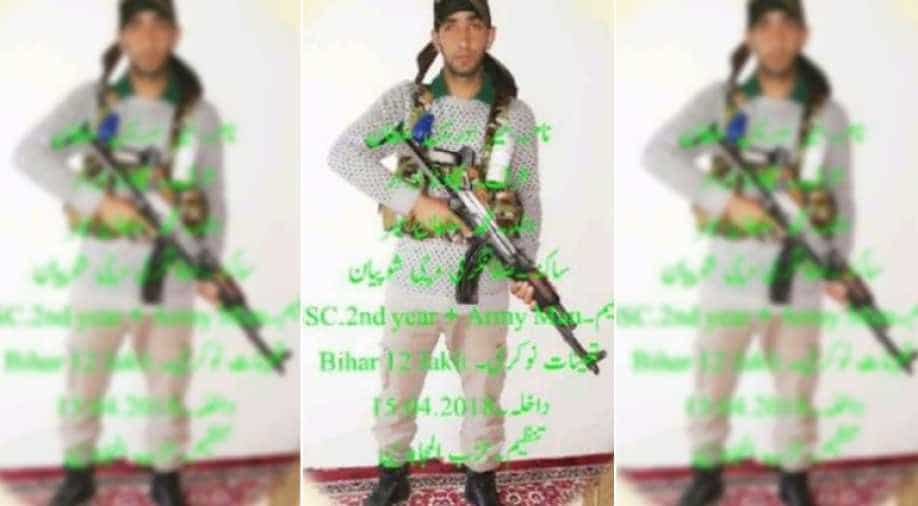 The former soldier was identified as Mohammad Idrees Sultan alias Chota Abrar. He used to be with the Jammu and Kashmir Light Infantry regiment.

One of the two terrorists killed in Kashmir early Tuesday morning used to be an Indian Army soldier.

The two terrorists were identified as Mohammad Idrees Sultan alias Chota Abrar, a resident of Safanagri in Shopian, and Amir Hussain Rather alias Abu Sobaan, a resident of Awneera in Shopian.

"They were affiliated with proscribed terror outfit HM and were involved in terror attacks on security establishments and many other civilian atrocities in the area," PTI quoted a police spokesman as saying.

The spokesperson added that Sultan was an Indian Army deserter who had joined the militants in April this year.

Security forces had launched a cordon-and-search operation in the Safanagri area of Zainapora of south Kashmir in the pre-dawn hours of Tuesday after havging got a tip off about the presence of militants in the area, the spokesperson said.

He added that as the search operation was going on, the hiding militants fired on the search party.

The spokesperson said the security forces returned fire, and the two militants were killed in the ensuing encounter.

Sultan, a sepoy with the 12 Jammu and Kashmir Light Infantry (JAKLI), had been posted at Katihar in Bihar when he went missing.

He had come home to Shopian on April 12 and then gone missing, police officials had said then.