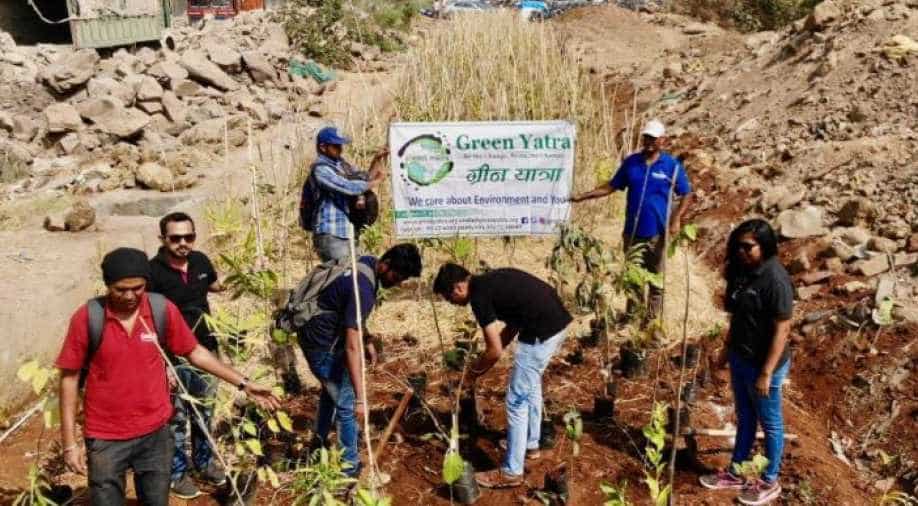 For the longest time, the city of Mumbai, despite urbanisation, managed to keep its green cover or what we call natural vegetation intact. The city had over 35 per cent tree cover until two decades ago and severe climatic conditions were never a worry for the coastal city.

But things changed in the past decade and environmental research corroborated that Mumbai, in the process of concretisation, has lost 60 per cent of its vegetation and 65 per cent of its water bodies.

On October 7 last year, the city sweltered at 37.8 degree Celsius (average temperature), making it Mumbai's second hottest October day in a decade. Monsoon patterns have seen a stark change here, with several days of heavy rainfall now as compared to a decade back.

While statistics have been around for a long time, the need to commence an action on the ground was the call of the hour and a team of young Mumbaikars are doing that - 12,000 saplings at a time!

On a dusty barren land near a suburban local railway station here, city-based Pradeep Tripathi and his team are creating Mumbai's first urban dense forest. A man-made 'green wall,' which will protect the city from environmental damages.

Tripathi, an environmental enthusiast is using the Miyawaki method, invented by Japanese botanist Dr Akira Miyawaki. The technique enables growing over thrice the number of trees than conventional afforestation methods.

WION spoke to Pradeep Tripathi under whose guidance the forest is taking shape, he said, "This forest has been created using an innovative method, we can plant 12,000 trees in a single acre versus 1,000 in the conventional method. In the Miyawaki method, we create a 3-feet deep trench, analyse the soil and as per the deficiencies, we mix coco peat (a water retainer), rice hulls (which acts as a water perforator), compost and other nutrients. We refill the trench using the layer method so that trees don't interrupt each other's growth."

Megacities like Mumbai, where infrastructural needs have led to unprecedented concretisation, the number of trees per person is very low and decreasing every year. With constricted plantation space and rising pollution, the Miyawaki method can prove to be successful.

"Forests grown in this fashion are 10 times faster, 30 times denser, have 30 times more oxygen emission. We have planted more than 30 varieties of native saplings in this patch, this is how we can get a 100-year-old forest in just 10 years," said Tripathi.

According to a study by the Indian Institute of Science (IISc), there should be seven trees for every human. In Mumbai, there are five people per tree.

Concerned citizens like Pradeep Tripathi and others in his team have set out to better this dismal ratio.