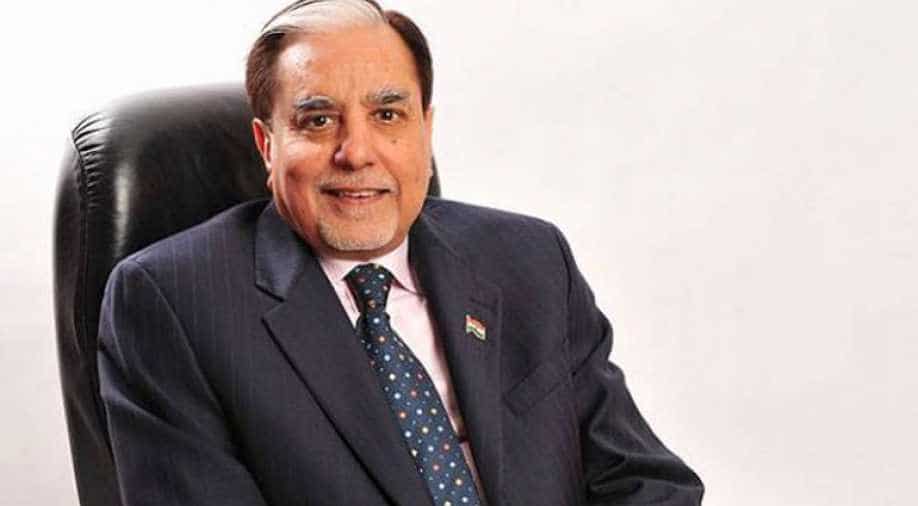 Dr Chandra hailed from an Agarwal Bania family in Adampur, Haryana. His early days were not so easy as his family was not able to fund his education due to debt

On October 2, 1992, Essel Group chairman Dr Subhash Chandra launched India’s first satellite TV, which is now known by the name Zee TV. He is the founder of Zee Entertainment Enterprises Limited, which was founded on December 15, 1991.

Dr Chandra hailed from an Agarwal Bania family in Adampur, Haryana. His early days were not so easy as his family was not able to fund his education due to debt.

After dropping out of school, he joined his family trading business while working closely with the Food Corporation of India (FCI).

Using his creativity, he shared the idea to store the food grains in open years and cover them with special plastic sheets as earlier grains were stored in overburdened godowns.

He managed to convince FCI with his idea and brought Swiss machines to India to manufacture such sheets. However, with no expertise, over 90 per cent of the sheet went to waste. This is when he decided to send engineers to Switzerland and train them so that he can start the manufacturing process again. This time, it worked.

Inspired by Disneyland in the US, he decided to start his own adventure park. He purchased land in North Mumbai to create Essel World, which was India’s first amusement park, in 1989.

He has been awarded the Global Indian Entertainment Personality of the Year Award in 2004. Other awards won by Chandra include Ernst & Young’s Entrepreneur of the Year Award and Business Standard’s Businessman of the year in 1999, and Indian News Broadcasting awards in 2010, among others.

On the 29th anniversary of ZEE, the company's current CEO Punit Goenka said, “It is a rather emotional moment for me as this precious institution completes 29 extraordinary years. I am extremely proud of the immense value ZEE has created for all its stakeholders over the years.”