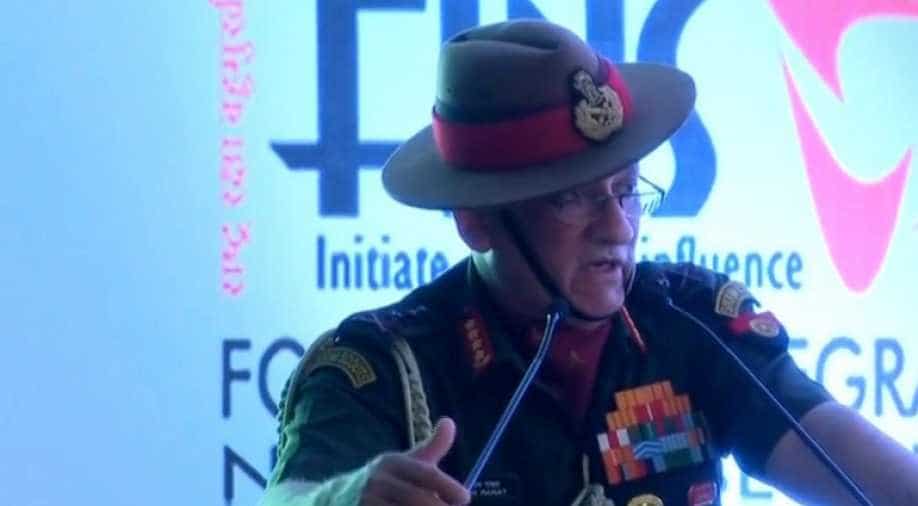 'Our adversary on the northern borders is spending a huge amount of money on artificial intelligence and cyber warfare,' said Bipin Rawat.

Noting that "advancement in technology" has led to "a revolution in military affairs" adding new dimensions to future warfare, Army Chief General Bipin Rawat on Sunday stressed the need for spending more on "artificial intelligence" to compete with "our adversary on the northern borders."

"I dare to say that as of now we understand what artificial intelligence and big data analysis is but I don`t think we really understood how to incorporate this and utilise this to our advantage. So it is important that we incorporate the industry to see what advantages can come through artificial intelligence and all the data available and how can we utilise it to our benefit," said General Rawat.

Speaking at the valedictory session of the national conference on "Self-reliance in Defense Manufacturing edition 2.0" here, General Rawat said: "India should ensure that it empires in military systems in weapons, equipment, and ammunition."

"The Government of India is opening two sectors-one in UP and other in Tamil Nadu for defence manufacturing. Rather than becoming an import industry, we should become export-oriented," he added.

"We do have self reliance to some extent but we need to incorporate the industrial sector into defence manufacturing."

General Rawat also said: "We want to see good advancement in technology. We want to generate competition and that can only come from the industry. The industry should also try and get some technology from abroad. Eastern countries who have got a good technological base will be willing to support us because they know that the numbers matter and the numbers are here in the country."

Further emphasising the need for defence technologies, General Rawat said: "We should be spending on defence technologies. 'Make in India' initiatives are moving fast. We have opened our procedures to industries. What do we need to address on a priority is intelligence and surveillance. We have huge borders over 4,000 kilometres extending in the north and over 2,500 kilometres in the west."

"To have a deep vision into adversary's territory we need to be capable and have equipment that can look across. This equipment could either be based on satellites, fortunately, we have some but not adequate to keep the continuous surveillance or through other means," said General Rawat.