Membership drive being launched from UP matter of pride for state: Yogi Adityanath 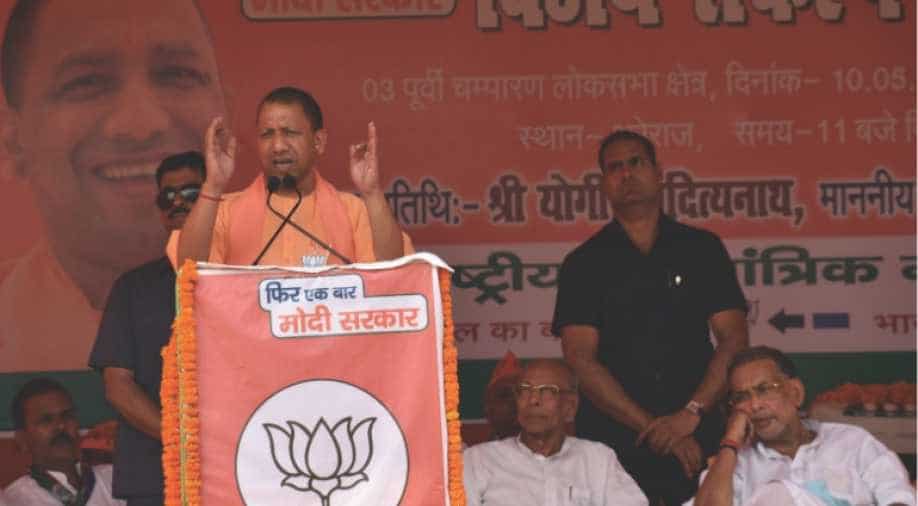 Earlier today, Adityanath welcomed Prime Minister Narendra Modi on his day-long visit to his parliamentary constituency to launch the event.

Chief Minister Yogi Adityanath on Saturday said it was a matter of great pride for Uttar Pradesh that it had got the honour of launching the nationwide membership drive for the party.

"It is a matter of pride for all of Uttar Pradesh that Kashi has been chosen by Prime Minister Narendra Modiji and party President Amit Shah to launch the National Membership Drive for BJP," Adityanath said at the launch of the nationwide drive.

Earlier today, Adityanath welcomed Prime Minister Narendra Modi on his day-long visit to his parliamentary constituency to launch the event.

Modi also unveiled a statue of Shastri at Varanasi airport here on Saturday.

After unveiling the statue, Modi launched a tree plantation drive.

In his speech, the Chief Minister added that BJP has become "the largest political party" in the world due to the leadership provided by PM Modi since 2014.

"Every BJP worker takes pride in the fact that under the leadership of Modiji and the party President it has become the largest political party in the world. Since the time of Independence, the party has been working hard keeping the ideals and values of its founders intact to bring more prosperity to the nation," Adityanath said.

"During the last membership drive, Modiji had set the goal of making BJP the largest political party, it was questioned then. But all critics were proven wrong by the dedication of our workers who worked under the leadership and set new records," he added.

He also expressed the hope that this drive will prove to be even more successful than the last one.

"Today, when the second membership drive is being launched by the Prime Minister, at the anniversary of BJP's founder Dr Shyama Prasad Mookerjee, we pay our respects to our leaders and assure you that this programme will prove to be even more successful," he said.