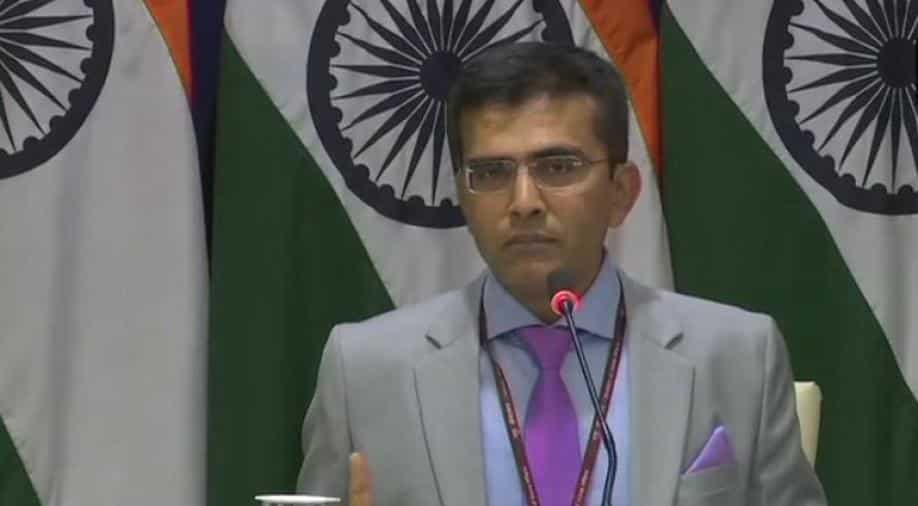 "The reports are entirely speculative. We are not aware of any such meetings of OIC on India related matter," said MEA spokesperson Raveesh Kumar in his weekly briefing.

The spokesperson of Ministry of External Affairs Raveesh Kumar on Thursday rebuffed claims of any upcoming meeting of the Organisation of Islamic Cooperation (OIC) on Kashmir and dubbed the reports as 'speculative'.

"The reports are entirely speculative. We are not aware of any such meetings of OIC on India related matter," said MEA spokesperson Raveesh Kumar in his weekly briefing.

Meanwhile, Pakistan has said that an OIC meeting of the Foreign Ministers is envisaged, the comments were made by Aisha Farooqui, the newly-appointed spokeswoman of the Pakistani Foreign Ministry.

The comments come after a series of reports in Pakistani media quoting diplomatic sources that Saudi Arabia is told to hold a special meeting of the OIC foreign ministers on the matter of Kashmir and that it could be held as early as April 2020 in Islamabad.

The move was being looked at as a concession or reward to Pakistan by Saudi Arabia for not participating in the Kuala Lumpur summit.

Diplomatic sources in Pakistan told WION that the dates could fluctuate on the matter as it would depend upon the scheduling and availability of Foreign Ministers of the member countries.

Diplomatic sources told WION that the matter was discussed last week during the visit of the Saudi Foreign Minister to Islamabad.

The possibility to hold a special meeting of the OIC foreign ministers was conveyed by Saudi Foreign Minister Prince Faisal bin Farhan Al-Saud during a meeting with Foreign Minister Shah Mehmood Qureshi at the Foreign Office.

Prince Faisal was on a day-long visit to Pakistan to convey the Saudi leadership’s gratitude for not participating in the recently held Kuala Lumpur summit in view of the kingdom’s reservations and dispelling the impression that Riyadh’s attitude towards Islamabad was patronising.